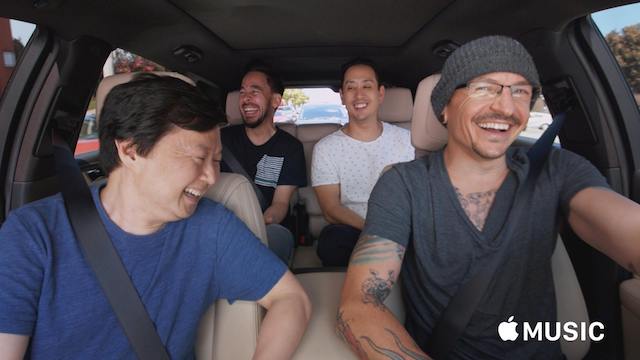 Carpool Karaoke was Apple Music’s one of the first original series efforts along with another reality series, Planet of the Apps.

“It was Apple’s first Emmy for original content, joining several technical/engineering Emmy Awards the Silicon Valley company has won over the years, first in 2011 for developing FireWire and most recently in 2017 for Siri’s integration into Apple TV.

“To try and do a Carpool Karaoke series without James Corden was a tricky thing,” Carpool Karaoke executive producer Ben Winston said on the Emmy stage about the Apple version which features various celebrities in the driver’s seat occupied by Cordon in the original. “I think this might be Apple’s first Emmy!”

The show made headlines last year with the episode featuring Linkin Park shot just a week before Chester Bennington’s death. Apple has already decided to renew Carpool Karaoke for a second season.