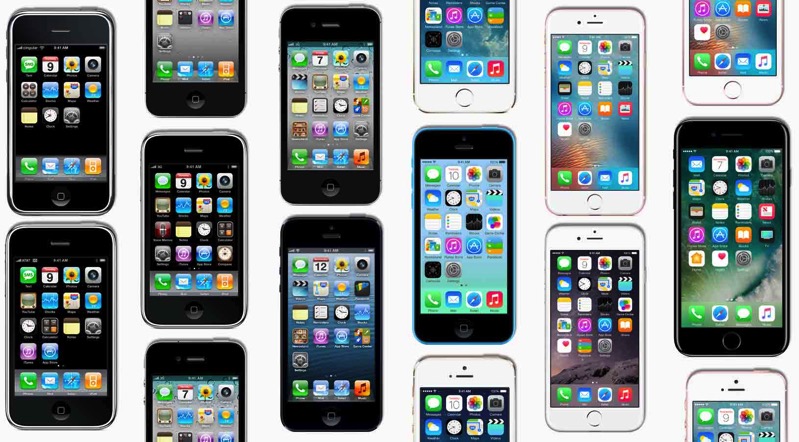 January 9th marks the tenth anniversary of the iPhone and Apple has shared a press release with statements from executives on the major anniversary.

Steve Jobs made his famous on stage announcement at Macworld 2007, unveiling the iPhone, in what he teased as “a widescreen iPod with touch controls, a revolutionary mobile phone and a breakthrough internet communications device.” Since then, history has been made for the modern smartphone.

In ten years, Apple has sold over one billion iPhones, becoming part of people’s daily lives. Apple’s goal in 2008 was to grab 1% of worldwide mobile marketshare, at 10 million units.

“iPhone is an essential part of our customers’ lives, and today more than ever it is redefining the way we communicate, entertain, work and live,” said CEO Tim Cook. “iPhone set the standard for mobile computing in its first decade and we are just getting started. The best is yet to come.”

Philip Schiller, Apple’s senior vice president of Worldwide Marketing, said “It is amazing that from the very first iPhone through to today’s newest iPhone 7 Plus, it has remained the gold standard by which all other smartphones are judged. For many of us, iPhone has become the most essential device in our lives and we love it,” while adding “I believe we are just getting started.” 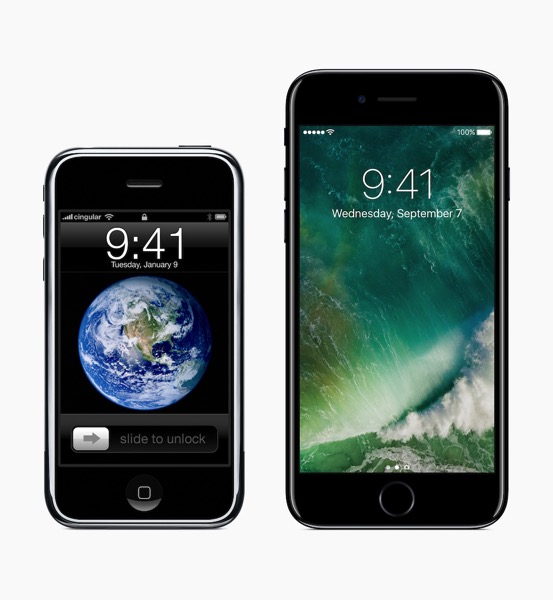 Check out the original iPhone versus the current iPhone 7, in the Apple press image above. We’ve come a long way, since then.

What iPhone has been your favourite so far? Design-wise, the original, along with the 4/4s and 5/5s are my favourites.

Below is Steve Jobs introducing the iPhone at Macworld in 2007. This video never gets old.