In celebration of Juneteenth, Apple has spotlighted the work of illustrator, comic creator, and scholar Ajuan Mance, who is bringing the past into the present through portraits of historical Black figures, created with iPad Pro and Apple Pencil. 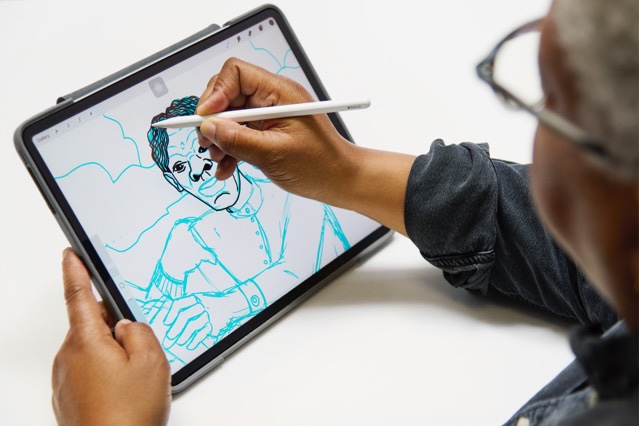 Mance is revisiting a series of digital drawings created on iPad Pro titled “The Ancestors’ Juneteenth,” in which she places historical Black figures in present-day settings to reflect on Black people’s journey from the 19th to the 21st century.

In these illustrations, Mance draws ink on paper before she snaps an image in Adobe Scan on her iPad Pro. In Procreate, Adobe Photoshop, and Adobe Fresco, she colours her scanned image non-photo blue, simulating the process of creating comics, while using Apple Pencil to add layers of colour. 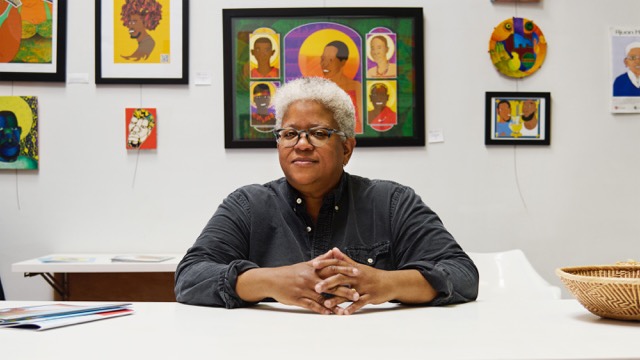 “Their activism challenged prevailing systems and policies that limited when and how Black people could move through the world,” Mance says, comparing Tubman to civil rights activist Rosa Parks.

“These limits on Black movement were not only the practical tools for oppression but also the symbols of white control of Black bodies. Harriet Tubman used movement from the South to the North as a tool for freeing other Black people, and Rosa Parks rejected Black people’s conditional access to transportation. These women’s activism was really about restoring to Black people the right to move freely throughout their world.”

“Juneteenth is the day when legally all of America saw Black people the way they’d always seen themselves: as human beings with the right to be free,” Mance says.