Celebrating the 103rd anniversary of the US National Park Service this month, Apple has introduced new ways for customers to enjoy America’s National Parks, including an Apple Pay donation program, an Apple Watch Activity Challenge, as well as special content on Apple Music, Apple Podcasts, and more.

On August 25, Apple Watch users around the world can earn an Activity award and animated stickers for Messages inspired by Grand Canyon National Park’s 100th anniversary. To participate, just record a walk, run, hike or wheelchair workout of at least three miles — the distance of the park’s popular South Kaibab Trail to Cedar Ridge and back.

Apple has announced it will be donating $10 to the National Park Foundation for each purchase made with Apple Pay at an Apple Store in the U.S (in-store and online) from August 17 through August 25. 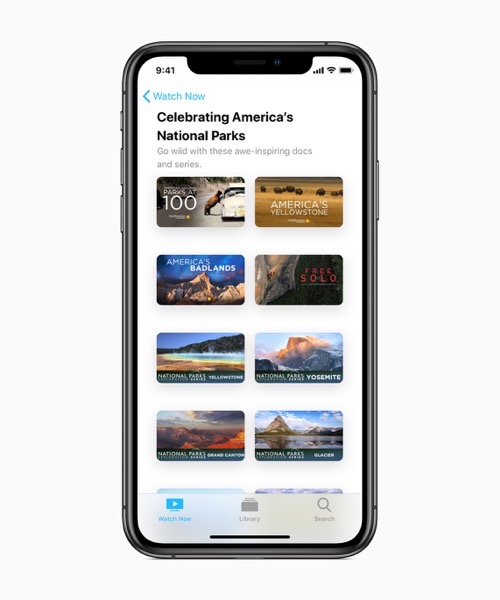 The donations will support programs like elementary classroom field trips and multi-week services corps for young adults while providing capacity to some critical parks projects.

Moreover, Apple Music will introduce “Nature Awaits,” a brand new playlist inspired by the beauty of the country’s parks, and Apple Podcasts will feature a collection of shows focused on national parks, hosted by the rangers and hikers.

The Apple TV app’s national parks collection will include “Free Solo,” The Smithsonian’s “National Parks Exploration Series” and other relevant TV shows and movies. “Our National Parks,” a themed collection that will guide readers through notable national parks in the U.S., will also be featured on Apple Books.