After being in development for nearly five years, Nebia promises to provide the most superior shower experience in each and every sense. The six-person startup from San Francisco has just stepped into the spotlight with its product, a water-conserving shower-head, and has already received funding from some of the biggest names of Silicon Valley. Among them we find the CEO of Apple, Tim Cook. 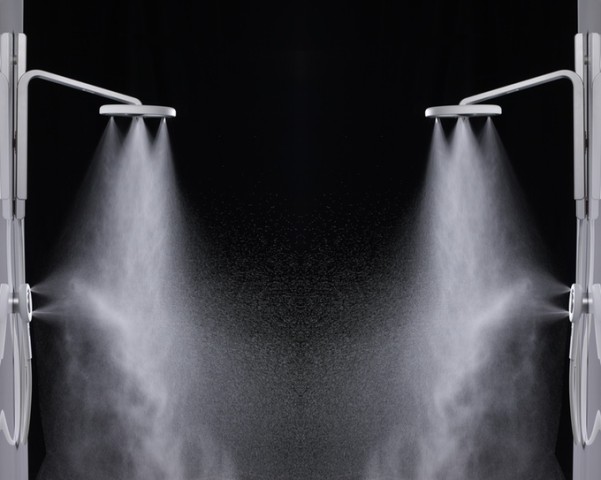 According to the New York Times, Apple’s CEO accepted the intimate sales pitch of the startup, which invites investors to take a shower, and he was impressed by the product. Also, the startup has tested prototypes of its shower heard on the campuses of Apple, Google, and Stanford University.

After receiving funding from Michael Birch – founder of members-only club the Battery – Y Combinator, and the Schmidt Family Foundation (alongside Tim Cook), the startup has turned to Kickstarter to raise additional funds to enable them to make the product available to the public.

Besides producing a misty spray, Nebia stands out with an impressive feature: It is able to reduce water consumption by up to 70% and helps users to save energy, as it is 13 times more efficient at delivering the heat you pay for to your body, the developers say.

Nebia uses premium materials: The head is built from a high-density polymer with thermoplastic polyurethane (TPU), and the bracket is made of anodized aluminum. If you find this product interesting, you can back it by visiting its Kickstarter page. As of writing this article, it has almost tripled its goal of $100,000 reaching $291,500, and there are still 30 days to go.