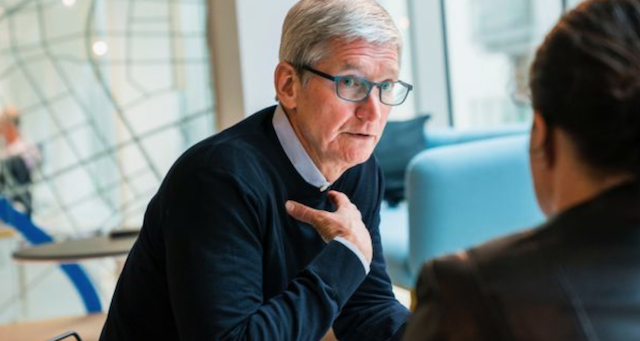 The Trump administration has been detaining nearly 2,000 children separated from their parents at the Mexican border between April and the end of May, a move that has been strongly condemned by Apple CEO Tim Cook.

Cook described the situation as “inhumane” and “heartbreaking”, adding that Apple will try to be a “constructive voice” on the issue (via The Irish Times).

“It’s heartbreaking to see the images and hear the sounds of the kids. Kids are the most vulnerable people in any society. I think that what’s happening is inhumane, it needs to stop,” Mr Cook told The Irish Times. “We’ve always felt everyone should be treated with dignity and respect. In this case, that’s not happening.”

The Apple chief executive said he had previously spoken with Mr Trump on a number of issues. “I have spoken with him several times on several issues, and I have found him to listen,” he said. “I haven’t found that he will agree on all things.”

Cook said that Apple would take a constructive approach to try to deal with the current situation. “I’m personally a big believer in the way to be a good citizen is to participate”, Cook said. He continued that he will try to advocate his point of view, and not just “sit on the sideline and yell or complain”.

Apple CEO also met with Taoiseach Leo Varadkar as part of his visit to Ireland, where the Cupertino company currently employs roughly 6,000 people, mostly at the Cork facility.