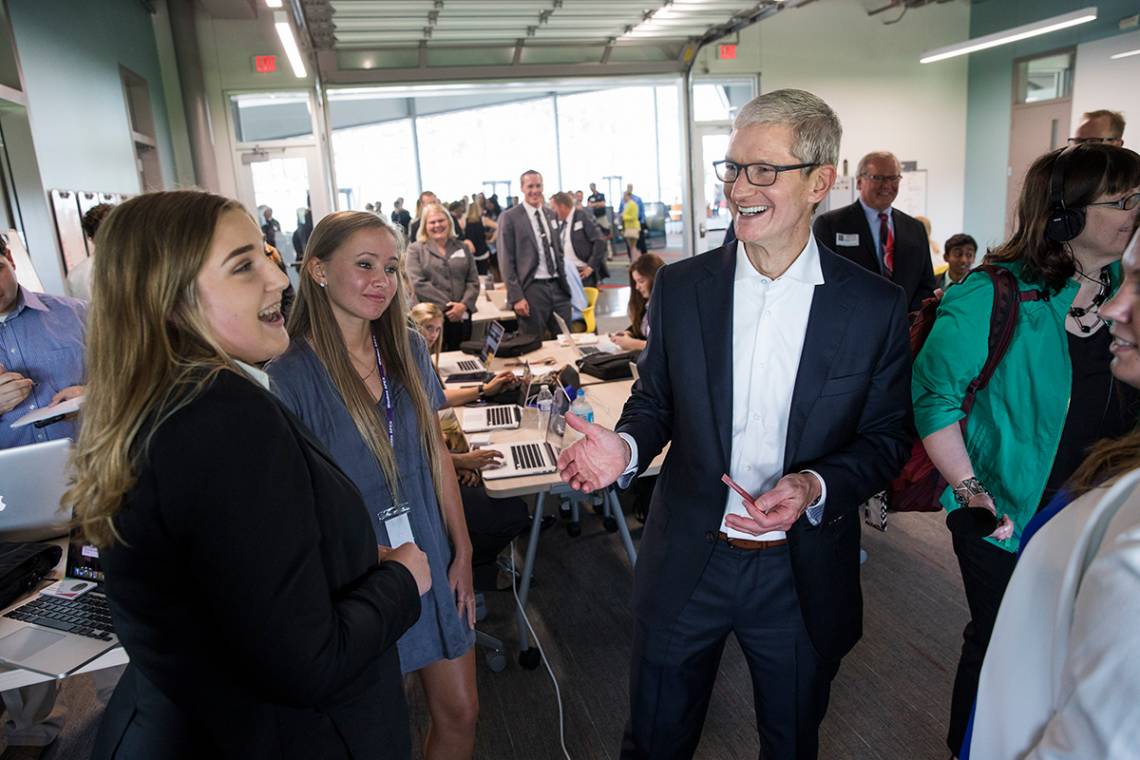 On Saturday, Duke University announced that Apple CEO Tim Cook will be delivering the commencement address at the school’s graduation ceremony in May.

Cook, an alumni of Duke’s Fuqua School of Business and a member of the university’s Board of Trustees, will deliver a speech to graduates on Sunday, May 13, at the Wallace Wade Stadium in Durham, N.C.

After receiving a bachelor of science degree from Auburn in 1982, Cook earned an MBA from Duke in 1988. He graduated as a Fuqua Scholar, a distinction meted out to students who finish academic studies in the top ten percent of their class.

In 2015, Cook joined Duke’s board of trustees and has served on the Facilities and Environment Committee to help shape the school’s educational and financial policies. In a statement, Cook said:

“From the first day I walked onto campus more than 30 years ago, Duke has been a source of inspiration and pride for me — both professionally and through the deep personal friendships that have endured to this day. It’s my honor to be returning to salute the class of 2018 as they begin the next chapter of their lives as Duke graduates.”

Cook has visited Duke on multiple occasions since taking the helm at Apple, attending Blue Devil basketball games and speaking at special student events. Duke posted a short video on its website publicizing Cook’s upcoming appearance, which was produced in a style similar to Apple’s product promos.

Over the years Cook has participated in a number of commencement ceremonies, including Auburn in 2010, George Washington University in 2015 and the Massachusetts Institute of Technology in 2017.