Apple CEO Tim Cook was spotted waving the checkered flag at end of yesterday’s Formula 1 United States Grand Prix at the Circuit of the Americas in Texas. 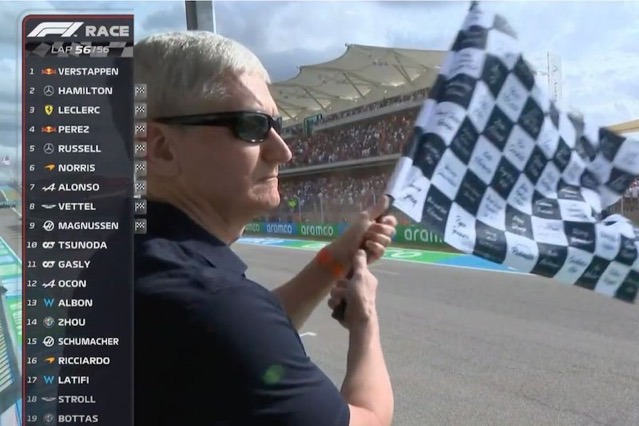 Cook was present at the venue with Apple’s senior vice president of Services Eddy Cue and was also seen talking to Hollywood celebrities like Brad Pitt, Ed Sheeran, and more.

Earlier this year, it was reported that Apple has acquired the rights for a tentpole Formula 1 movie starring Brad Pitt, which is set to be directed by Top Gun: Maverick filmmaker Joseph Kosinski.

The movie follows Pitt’s character, a racetrack veteran who had long hung up his helmet but comes out of retirement to mentor a promising rookie.

The untitled movie will have an exclusive run of at least 30 days and possibly as many as 60 days at theatres across the world before it lands on Apple TV+.