Real-estate research firm Green Street Advisors has revealed that Apple’s ability to attract customers allows it to single-handedly lift sales by 10% at the malls in which the iPhone maker operates, thus allowing the Cupertino company to win sweet rent deals from mall operators. According to The Wall Street Journal, Apple’s huge gravitational pull on mall traffic allows it to negotiate extremely low rents for itself relative to its sales, which pits upward pressure on other tenants’ leases. 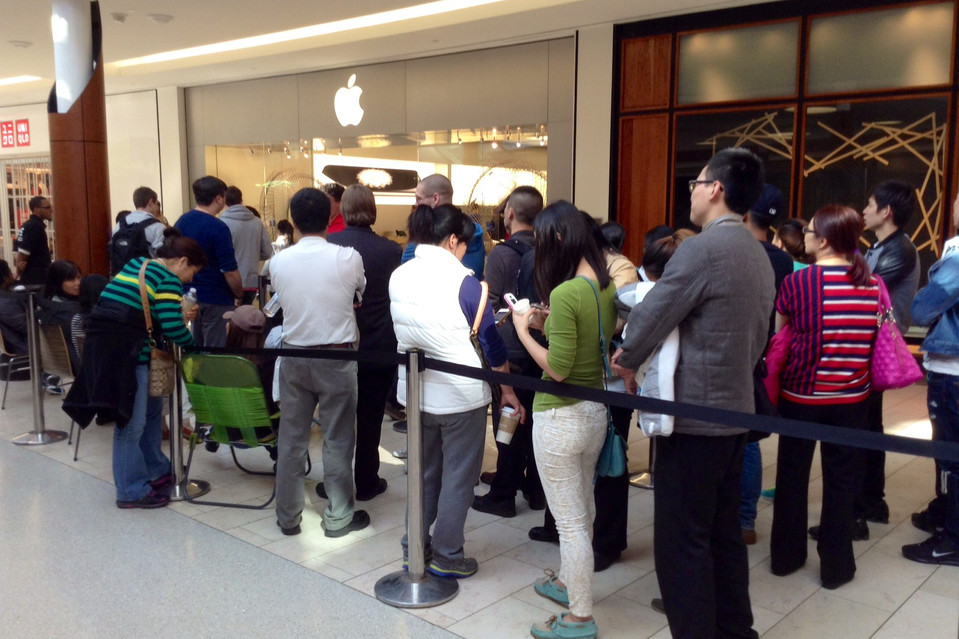 Industry executives note that Apple pays no more than 2% of its sales a square foot in rent. That compares with a typical in-line tenant, which pays as much as 15%. The publication says that in general, rents paid by mall stores are based on the sales the retailer expects to book in that space, which are in part a function of the mall’s overall productivity. Chairman of Integra Realty Resources, a real-estate valuation and consulting firm, Raymond Cirz, says that Apple is replacing department stores as the main driver of traffic to the malls.

Apple doesn’t get the same terms as anchor tenants, because those stores still do a better job of getting shoppers to fan out to other retailers in the mall. “There are a lot of people who go to Apple and leave,” said DJ Busch, a senior analyst at Green Street. “Apple doesn’t promote cross shopping as much as healthy department stores do.” Nick Leahy, an Apple spokesman, declined to comment on the rent the company pays or its sales.

A spokesman for Simon Property Group, the largest mall owner which counts 54 Apple stores in its 190 properties, said that even though they love having Apple in their malls, that does not give them leverage in negotiating rents. “We’re aware of the lift that Apple brings to a property. It acts like a department store.”

While retailers like J. Crew and Abercrombie & Fitch have the ability to bump up mall traffic during their sale days, Apple is considered to be an ‘extreme case’.