Apple’s latest move into original content comes in the form of a new comedy series from the stars of FX’s “It’s Always Sunny in Philadelphia.” 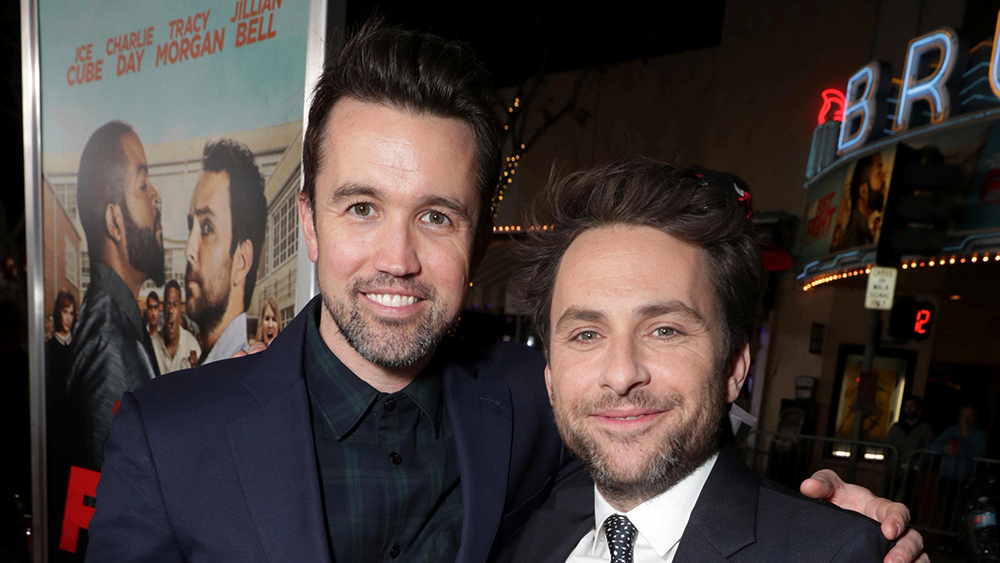 According to a new report from Variety, Rob McElhenney and Charlie Day will produce a half-hour scripted comedy starring McElhenney for Apple. The untitled project, in which McElhenney will star, is described as a “cutting-edge” series that is set in a video game development studio.

“The series is set in a video game development studio, with McElhenney also attached to star in addition to writing and executive producing alongside Day,” reads the report.

“The series marks the duo’s first collaboration as writers since ‘It’s Always Sunny in Philadelphia.’ McElhenney co-created ‘It’s Always Sunny’ with both he and Day starring and serving as executive producers on that show.”

The video game publisher Ubisoft will also produce the project, alongside the Lionsgate-owned 3Arts Entertainment. Michael Rotenberg and Nicholas Frenkel will serve as executive producers for 3Arts, with Gérard Guillemot, Jason Altman and Danielle Kreinik executive producing for Ubisoft.

The series is the latest of Apple’s continued expansion of its original programming roster as it ramps up its portfolio in preparation to take on the likes of Netflix and Amazon Prime.

Even though Sony's first VR headset took 8 months to sell a million units, the company is betting big on its next-generation PlayStation VR2 headset with an increased production plan, according to Bloomberg. Citing people familiar with the matter, the publication notes that Sony is planning to make 2 million units of the PlayStation VR2...
Usman Qureshi
15 mins ago

As reported by 9to5Google, Google’s new wired Nest Doorbell which appeared in the Google Home app last month has been leaked early in stores with availability expected later this week. The new Nest Doorbell was spotted in a Best Buy store, with the packaging saying “2nd generation” and “Wired” with a check mark, in white and dark...
Usman Qureshi
32 mins ago