Apple is working with Chinese telecom firms on finding ways to reduce junk messages which are received through iMessage. 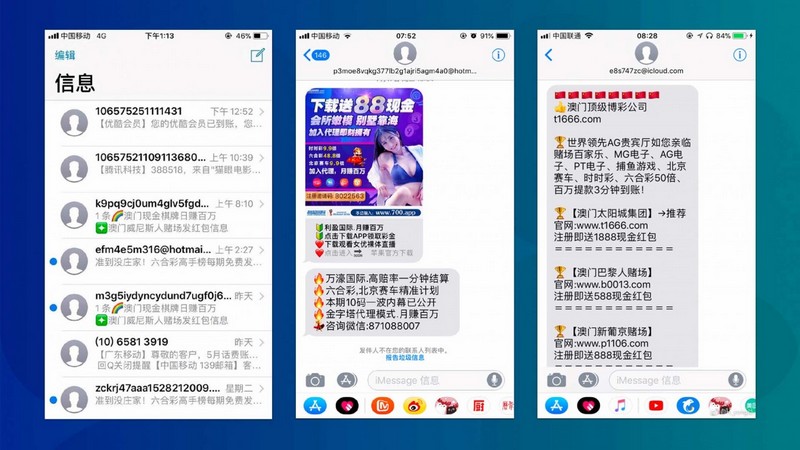 According to a new report from Reuters, the Cupertino company is exploring ways to further cut spam messages, including using advanced technology to identify junk messages and rolling out more tools to block hostile accounts.

Apple is especially concerned about developing tools to more quickly determine whether a message is spam or not, reads the report. New tools will also block certain accounts from being able to send spam, according to the Chinese outlets.

“We are currently working on additional ways to further reduce it, including more advanced machine learning models to identify it and more tools to block fraudulent accounts,” the Apple spokeswoman said.

The smartphone giant has recently come under media fire in China over junk messages and unsolicited calls received by iPhone users in the country. Because Chinese phone numbers and the phones themselves are often sold through the black market, spam has become an increasingly troubling issue in China. Spammers see opportunities to target people in hopes of making a quick buck on their scams.

While telecom carriers in China have spam filtering options in place, they have no control over the iMessage app or texts sent by other third-party services. Keyword based filtering is not provided by Apple for iMessage.

“We are in touch with domestic telco companies to see what additional steps could be taken to reduce this inconvenience,” an Apple spokeswoman told Reuters on Thursday. It had on Wednesday declined to comment on the reports.

In response to the report, Apple pointed to a support page that shows users how to block a phone number or email address.