Apple’s free video creation app for iPhone and iPad Clips has just received a major update, bringing support for Memoji and Animoji characters, tons of new stickers, including Disney’s Mickey and Minnie Mouse, and a new winter-themed poster just in time for the holidays. 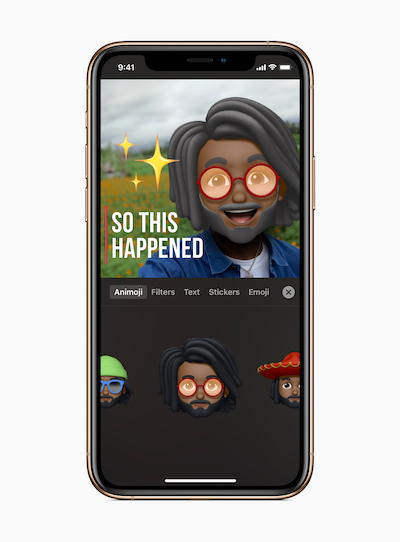 Following today’s update, Memoji created and customized in the Messages app on iOS will automatically appear in Clips. Users can also layer their Animoji and Memoji video clips with all their favourite existing features in Clips like artistic filters, animated text, music, stickers and more.

Animoji characters can now also be changed in a video after it’s already recorded. Moreover, animated stickers and emoji can now follow the movements of a user’s face when using the front-facing camera on iPhone and iPad.

You can grab the update for free using the following App Store link.