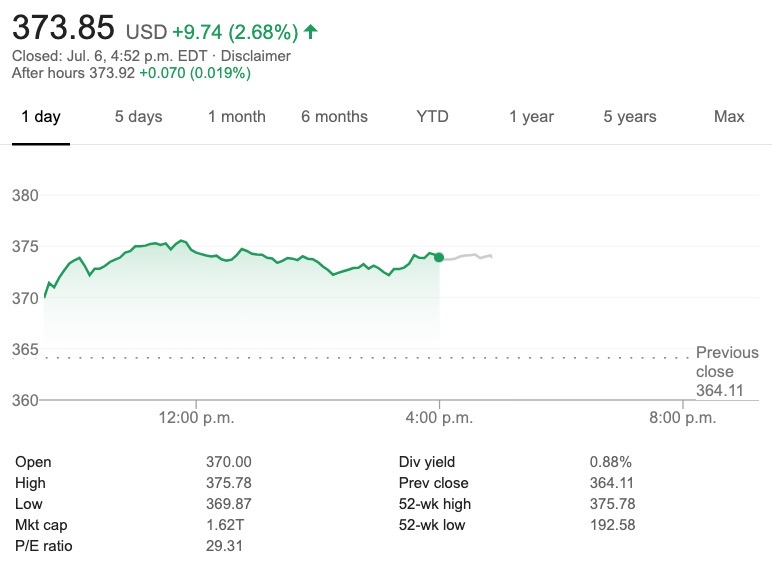 The price surge can be attributed to Loop Capital Markets analysts Shawn Harrison and Ananda Baruah, in their latest research note to investors issued on Monday.

“While the increase for March 2021 is sizable, we suspect Apple would rather be prepared for a net increase in demand rather than be caught short given a lack of visibility and the uncertainty in supply associated with the shift to 5G components,” said the analysts, noting Apple had increased its iPhone orders for this fall and winter by 1-2 million devices for each quarter.

The second previous closing high for Apple shares was on June 23, 2020, when shares closed at $366.53. Apple’s market cap is currently at $1.62 trillion and despite COVID-19 cases increasing in the United States, the company’s stock continues to soar.