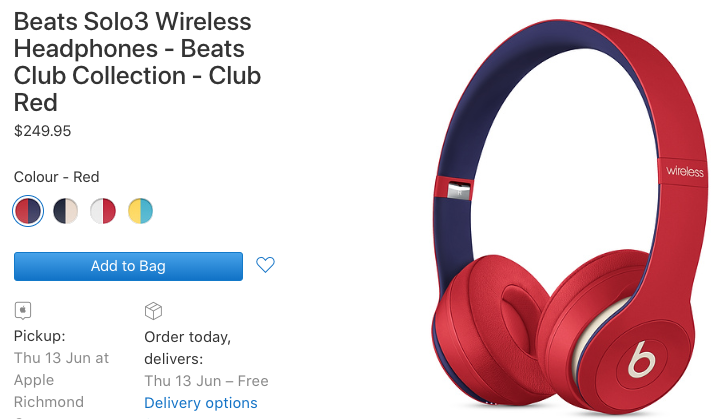 Beats Solo3 are powered by the W1 chip found in Apple’s original first-gen AirPods, offering easy pairing and fast charging. Beats Solo3 come with up to 40 hours of battery life, while Fast Fuel offers 3-hours of playback with a five-minute charge. These new Beats Solo3 headphones come in new colours, while internals remain the same. With a new Apple H1 chip found in AirPods 2 and Powerbeats Pro, it’s only a matter of time for Beats Solo3 to get updated.

According to Pocket-Lint, here’s how these new Beats Solo3 headphones came to be:

Coinciding with the release, Beats partnered with Kyra TV’s NAYVA, a show hosted by four YouTube content creators, to create a full-length episode centered around a styling challenge for the new Beats collection: They must curate streetwear-inspired looks while incorporating the new colourways from The Club Collection. The episode will air on 18 June on Kyra TV’s YouTube channel.

Click here to jump on these new Beats Solo3 wireless headphones on Apple.ca.