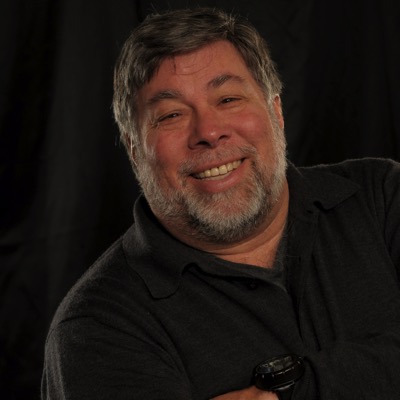 Apple co-founder Steve Wozniak will be heading to London on October 5, as he is the second confirmed headline speaker at this year’s Festival of Marketing (via Marketing Week).

The festival, organized by Marketing Week publisher Centaur Media, will take place at Tobacco Dock in London, UK, between October 5 and 6.

Wozniak will take the stage alongside other headline speakers such as Sir Martin Sorell, a British businessman and the CEO of WPP plc. The festival’s webpage advertises more than 200 additional speakers from various brands, including Tesco, Jaguar Land Rover, and Mondelez.

Steve Wozniak is our second confirmed headliner for the Festival of Marketing 2016. A Silicon Valley icon and philanthropist for more than thirty years, Steve Wozniak has helped shape the computing industry with his design of Apple’s first line of products the Apple I and II and influenced the popular Macintosh.

At the festival, Wozniak will speak about the icons he got his inspiration from, what it was really like working at Apple in the early days, and his own vision for the future of technology and disruption.

If you are interested in all of that, you can head to the Festival of Marketing’s website and book your ticket.

Apple unveiled its new HomePod second-generation last month, with the smart speaker going on sale in Canada last week. We're seeing the first teardowns of Apple's 2023 HomePod hit the web now, with YouTuber Brandon Geekabit recently sharing his disassembly of the device. On the outside, the new HomePod has a similar physical footprint to...
Nehal Malik
35 mins ago