Steve Wozniak, whose development of the Apple I and Apple II computers became the basis for Apple, was the keynote speaker at a conference in Whistler put on by the International Council of Shopping Centres. Wozniak spoke about the future of internet saying that he’s not optimistic the efforts to kill the flawed Stop Online Piracy Act (SOPA) will succeed. He also said that he greatly supports the protection of intellectual property and copyrights but fears that the U.S. government will come back with yet another bill that will be as bad as SOPA or even worse. 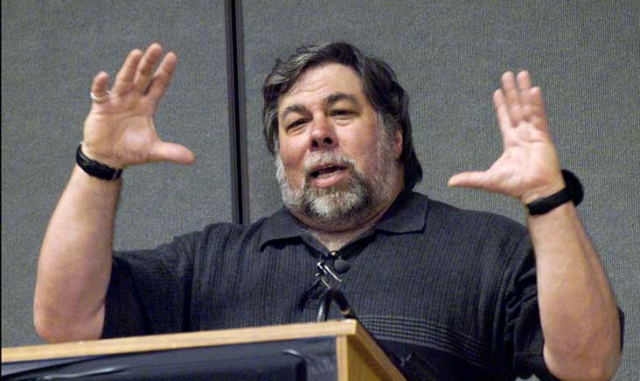 “I have friends in the music industry and in the movie industry who are being hurt by piracy. They need to be protected. I am an inventor with patents and I understand the need for protection. I do have strong feelings that what SOPA is trying to do is proper and needed. I just don’t trust the people who would enforce this bill. It gives them far too much power. It looks like the electronic version of the Patriot Act, which I am also against. Our own civil liberties and constitutional rights would be trampled again.”

“They’re Internet tech companies on the other side of the fence, wanting access to all this information. There are a lot of people who support the need for protecting intellectual property rights. I am one of them,” he said. “But these guys are biased about trying to support the free flow of information on the Internet. There has to be a way to protect property rights against piracy.”