In an effort to expand career opportunities in the app economy by becoming proficient in Swift, Apple’s easy-to-learn programming language, Apple has joined hands with with the city of Chicago to bring coding opportunities to Chicago’s nearly 500,000 students through a citywide expansion of Apple’s Everyone Can Code program. 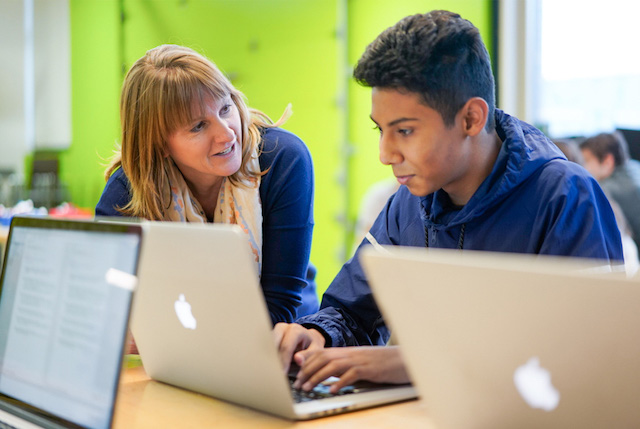 “At Apple we believe coding is an essential skill, so we’ve designed Everyone Can Code to give everyone the power to learn, write and teach coding,” said Tim Cook, Apple’s CEO. “We’re thrilled to be working with our friends and partners in the great city of Chicago on this initiative. Together with Mayor Emanuel, Chicago Public Schools and City Colleges, we look forward to helping students learn Swift and build the skills they need to thrive in today’s workplace.”

Apple’s Everyone Can Code is a program designed to help everyone learn how to code, creating opportunities for all students and preparing them for the workforce. The comprehensive program includes a range of free resources, from helping students explore basic coding concepts to building fully functional apps. To learn more, click here.