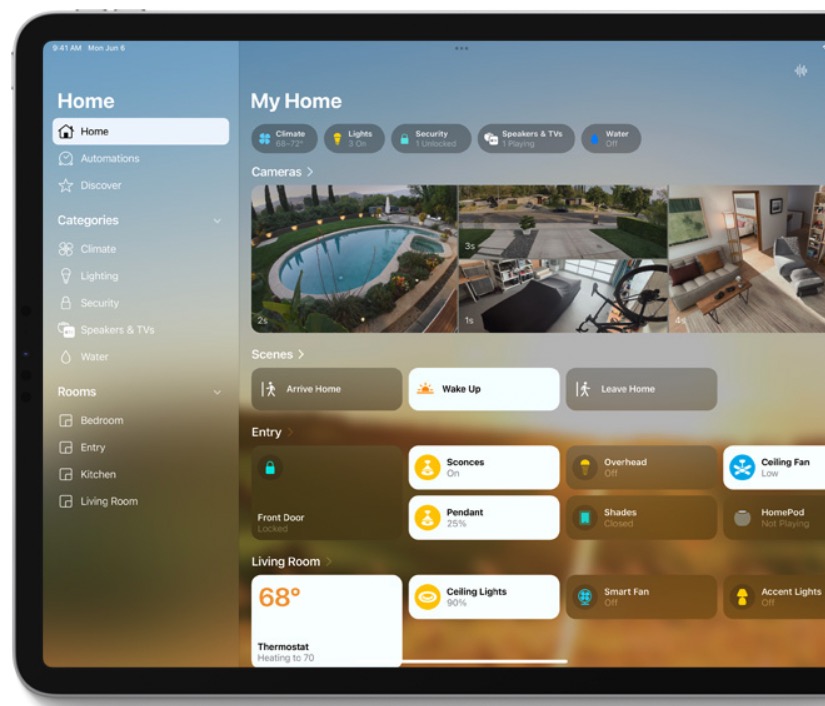 After some conflicting information, Apple has clarified the future of the iPad as a Home Hub within iPadOS 16.

Then, with the release of iPadOS 16 beta 2, text within the Home app detailed, “A home hub is required to take advantage of features like receiving accessory notifications and allowing other people to control your home. You will not be able to view shared homes until those homes are also upgraded to the latest HomeKit. iPad will no longer be supported as a home hub.”

Fast forward to today, Apple has provided new statements to The Verge to clarify the matter. “iOS 16 and iPadOS 16 will continue to support iPad as a home hub with no loss in functionality,” said an Apple spokesperson.

But while HomeKit Hub functionality will remain for the iPad, when Apple debuts a new architecture for the Home app, the iPad will not support the update.

“Alongside these releases, the Home app will introduce a new architecture for an even more efficient and reliable experience. Because iPad will not be supported as a home hub with the new architecture, users who rely on iPad for that purpose do not need to update the Home architecture and can continue enjoying all existing features,” said the Apple spokesperson.

When the new Home app architecture releases, only the Apple TV HD, Apple TV 4K, HomePod, and HomePod mini will support the update.

Apple is expected to release its latest software updates this fall.

Dropbox support has just confirmed that a public beta with full support for macOS will be released in Q4 this year, making the desktop app fully compatible with macOS 12.3 (Monterey). Dropbox users on macOS 12.3 see a compatibility warning about the Dropbox system extension, which results in users being unable to open online-only files stored...
Usman Qureshi
15 hours ago

WhatsApp has simplified the process of setting up Disappearing Messages by allowing users to set default Disappearing Messages for new and existing chats all at once. Users can now choose their duration timer and then select and apply it to whichever chats they want. For those who aren’t familiar, WhatsApp lets you send messages that disappear...
Usman Qureshi
15 hours ago