Apple released a redesigned AirPort Express back in the summer of 2012, which resembled the Apple TV design but in white.

When it comes to USB functionality on the company’s tiny wireless router, it has been always limited to printers—but did Apple consider adding USB hard drive capabilities which have normally been reserved on the more expensive AirPort Extreme? 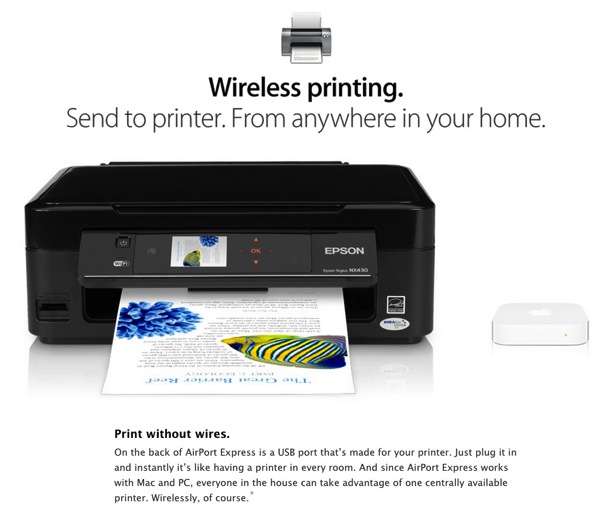 According to French site Journal Du Lapin (via Macitynet), they unearthed a preliminary manual for the AirPort Express found on the FCC website which mentions USB hard drive capabilities, only to later be removed in the device’s final version.

You can see the following mention of USB hard drive support on page 6 below, as seen in the early version of the manual here. 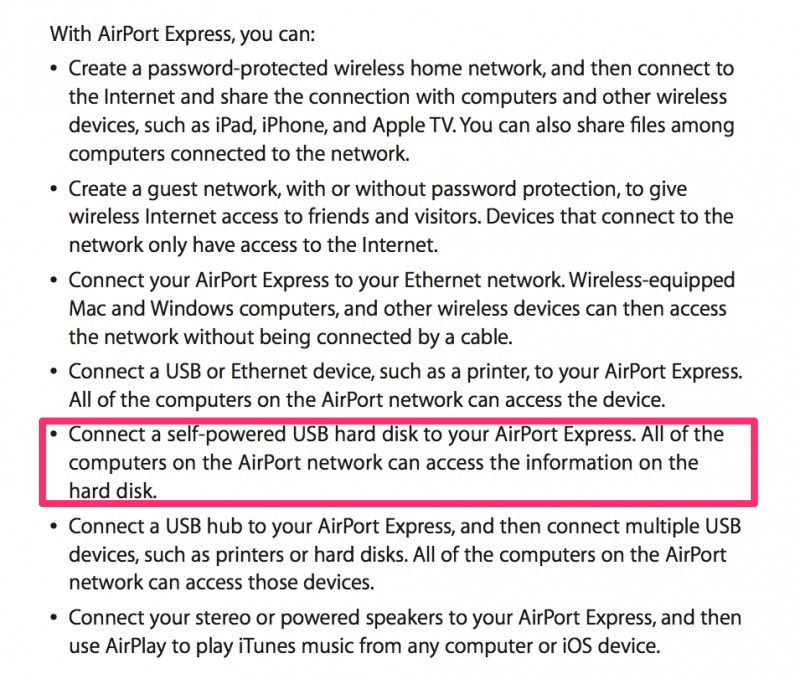 The description of the USB hard disk capability on the current AirPort Extreme describes access to the disk and Time Machine back up capabilities; the latter is notably missing in the early AirPort Express manual noted above, which makes us believe it would have been limited to accessing a hard drive only.

Here’s what the current manual looks like when it comest to describing AirPort Express features: 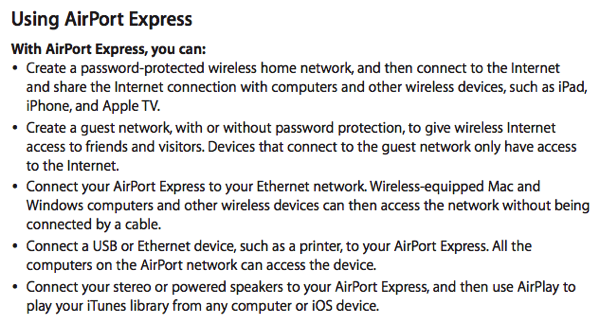 What are the reasons for Apple to remove this feature mentioned in their preliminary manual? Your guess is as good as mine. Maybe a future software update might unlock this feature or it could debut in the next generation of the device.