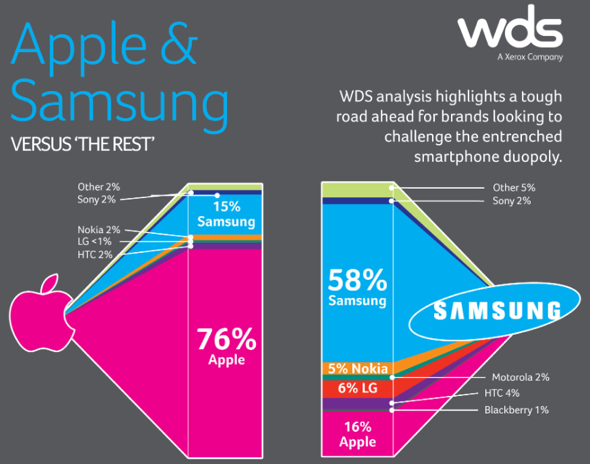 According to a recent analysis by Xerox owned company WDS, Apple’s iPhone users have continued to remain the most loyal smartphone owners despite strong competition with Samsung for nearly seven years. The report shows that people who buy one iPhone are far more likely to purchase another than those who own a Samsung device (via MacDailyNews).

WDS, a specialist in customer care solutions for the mobile industry, conducted more than 3000 interviews with smartphone owners in three flagship smartphone markets; the U.S, UK and Australia. The data forms part of the company’s annual WDS Mobile Loyalty Audit, a global study of loyalty in the mobile industry.

Analysis into device upgrade trends reveal that Apple dominates with 76% of customers who upgrade from iPhone to another iPhone while Samsung trails with just 58% retention.

LG, coming in at third, manages to retain 37% of its customers, followed by Nokia, HTC and Sony Mobile. BlackBerry comes in at the end with brand retention of only 21%. 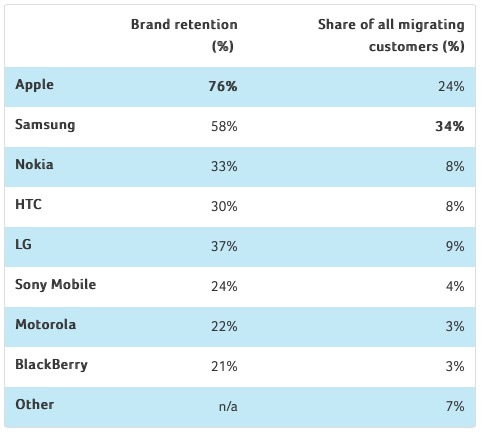