Andy Zaky, an analyst with Bullish Cross, has projected that Apple’s cash reserves will grow beyond $200 billion by the fourth quarter of 2013, according to a report by Fortune. With that, Apple could buy Intel, HP & Dell and still have change left over. Wow! To give you a better idea, Apple had roughly $110 billion in cash at the end of March 2012. So this growth would represent an increase of $95 billion (86%) over the course of the next six fiscal quarters. 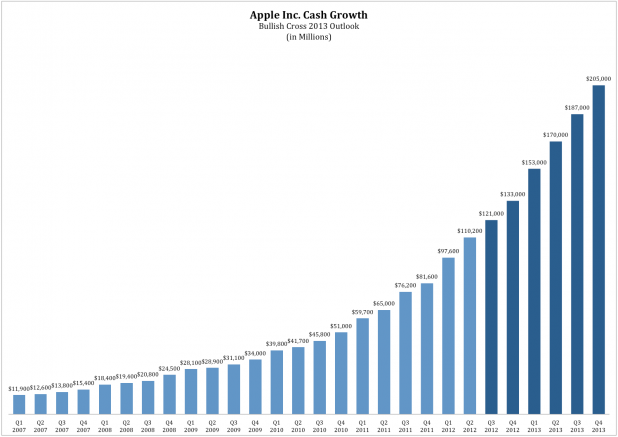 If Apple’s earnings grow as he expects, the company’s holdings — currently at $110 billion — will reach $205 billion by September 2013. That’s more than the combined market caps of Intel (INTC), Hewlett Packard (HPQ) Dell (DELL),

In the annotated chart below the fold, he points out that by the end of fiscal Q4 2013, Apple’s cash per share will represent nearly 40% of the stocks’ current trading value. 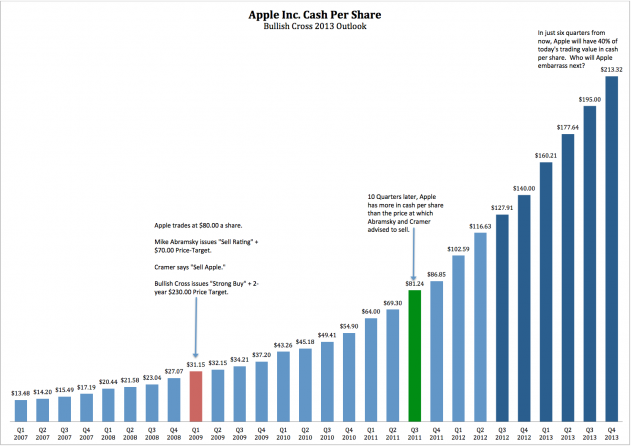