With the start of WWDC 2018 set to kick off next week, preparations are underway at the McEnery Convention Centre in San Jose, California.

Apple, as expected, has started decorating the outside of the building for WWDC, was spotted yesterday by users on Twitter and Mac4Ever: 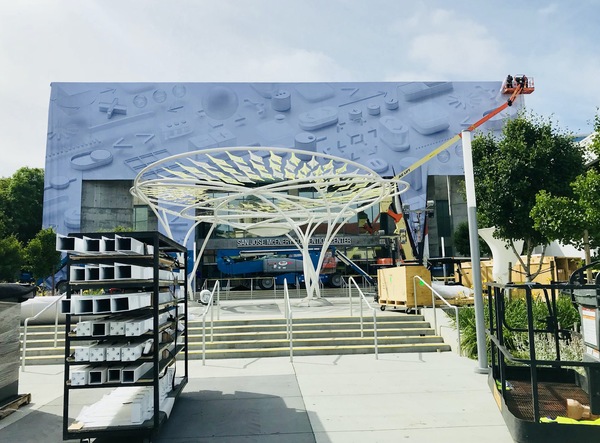 The decorations are from the theme of Apple’s WWDC 2018 invite, showing a variety of 3D buttons, coding symbols and more.

#WWDC banners are going up on the convention center! pic.twitter.com/po7P361IwF

According to Bloomberg this morning, no new hardware is expected to be announced tomorrow, but we should see new software updates, such as a digital health feature to manage time spent on devices.

Elon Musk has been granted a stay in his pending trial against Twitter over his proposed acquisition of the social media company as the two sides continue talks to close the deal on its original terms — reports The Verge. Musk originally offered to buy Twitter for a whopping $44 billion USD back in April....
Nehal Malik
2 mins ago