Apple Wins Against FBI in Another iPhone Unlocking Dispute 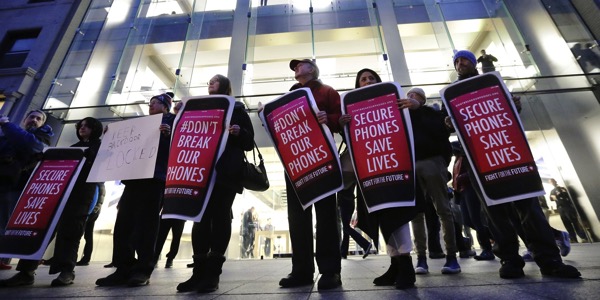 In another iPhone unlocking case similar to that of San Bernardino, Apple clinched a major court victory in its ongoing legal dispute with FBI when a federal court in New York rejected the government’s request to force the company to help it extract data from a locked iPhone (via The Intercept). According to Judge James Ornstein, the All Writs Act, which is now over 200 years old, can’t be used to force Apple to unlock the phone in a 2014 case involving drug trafficking.

“That debate must happen today, and it must take place among legislators who are equipped to consider the technological and cultural realities of a world their predecessors could not begin to conceive,” Orenstein wrote. “It would betray our constitutional heritage and our people’s claim to democratic governance for a judge to pretend that our founders already had that debate, and ended it, in 1789.”

Orenstein rejected the government’s use of the All Writs Act to force Apple’s hand, writing that it was seeking to apply the law so broadly as to “cast doubt on the [All Writs Act’s] constitutionality.”

Much like the San Bernardino case, the U.S. government wanted Apple to help it unlock an iPhone 5s used by the suspect Jun Feng, something that has happened numerous times before. Even though Feng pleaded guilty, the case continued because the government argued the device might yield information about suppliers or customers.

Orenstein’s ruling also recognized that the purpose of the FBI’s request is not simply to obtain evidence in one particular case, but rather to grant the government the authority to force Apple and other tech companies to cooperate with criminal investigations in general.

The Canadian Radio-television and Telecommunications Commission, the country’s broadcasting and telecommunications regulator, announced on Monday morning its website and phone lines are down for the count, in what appears to be an unscheduled outage. “Please note that our website, its related applications and phone lines are temporarily unavailable, we will update you as soon as […]
Gary Ng
1 min ago