According to a new report from Curbed, Australian industrial designer and Apple employee Marc Newson sold a lounge chair that he designed for $3.7 million at an auction in London. 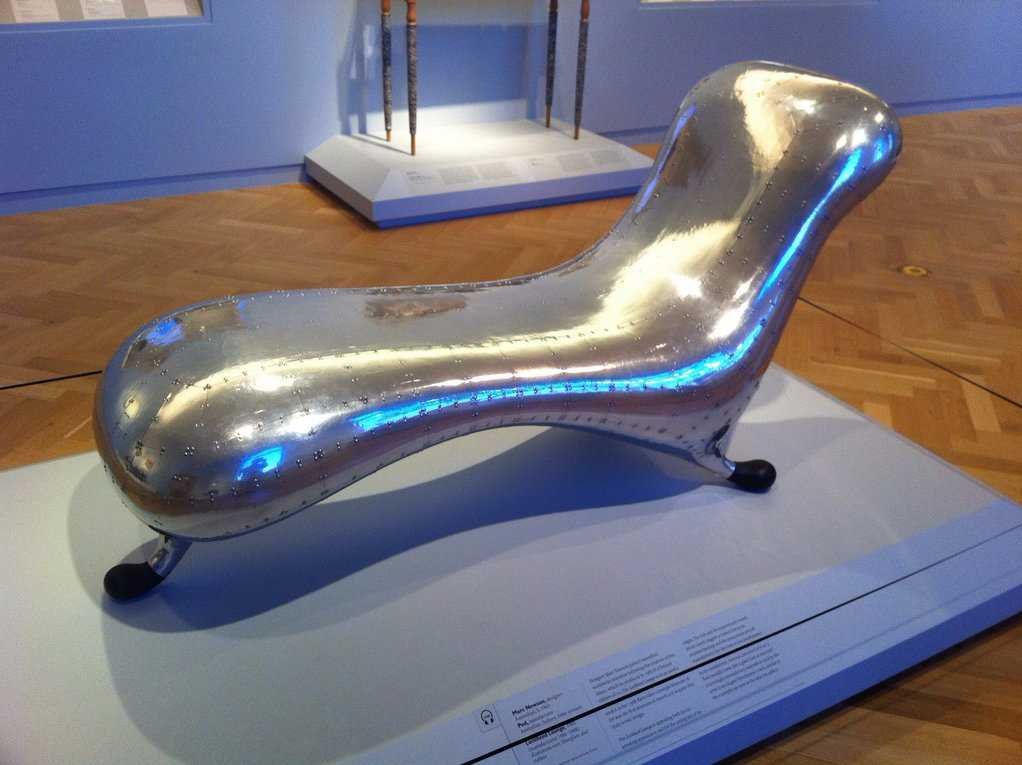 The “Lockheed Lounge” is a lounge chair made of aluminum and fibreglass. The chair is meant to be an art piece and it’s not meant to be a comfortable chair to sit on. Newson created 15 of these lounge chairs in 1990 and they have been slowly sold off in multiple auctions.

His Lockheed Lounge, a riveted aluminum and fiberglass chaise designed in a limited series of 15, bested lots from other big-name designers, fetching $3.7 million from an anonymous buyer. That’s not just a personal best for Newson, who had already seen million-dollar buys for his streamlined furniture; it’s a sales record for a living designer at auction.

The Lockheed Lounge exemplifies the Aussie designer’s amorphous, futuristic aesthetic. Initially built in 1990, the curvaceous form was inspired by earlier Newson designs, specifically the LC1 from 1985, which he designed at age 23, shortly after graduating the Sydney College of the Arts. While the name of this lounge was derived from Le Corbusier’s LC4, the shape was loosely inspired by a chaise lounge found in the 1800 portrait of Juliette Récamier by French painter Jacques-Louis David.

The Lockheed Lounge was also made famous for its appearance in Madonna’s music video called “Rain” in 1993.

Apple hired Newson in September of 2014 to join Jony Ive’s design team. Newson and Ive are good friends and have collaborated on a number of products in the past, which they later sold at auctions for charity. One of the products they sold at auction was a Product (RED) version of the Mac Pro.