Apple Developer Insight Series: How to Market a Game at Launch 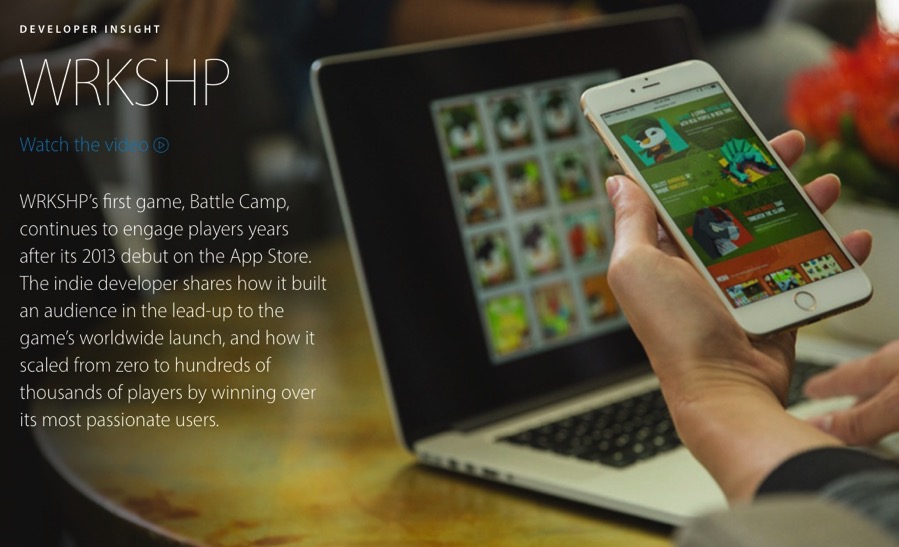 Here’s a snippet of how cousins Gordon Su and Charles Ju did it, with their monster catching MMORPG, Battle Camp:

A main focus for WRKSHP in the lead-up to Battle Camp’s launch was building an active, passionate community. Su and his team cast a wide net to find players who would love the features that Battle Camp offered, tapping into existing communities on social media and forums. Building relationships with these users and getting their feedback on the game in beta helped WRKSHP generate critical momentum pre-launch.

With limited marketing resources, WRKSHP wanted to increase the opportunity for word-of-mouth marketing by building a wide range of sharing features into the app.

You can read more about the latest Developer Insight here and how the WRKSHP team was able to launch their app on a limited budget.