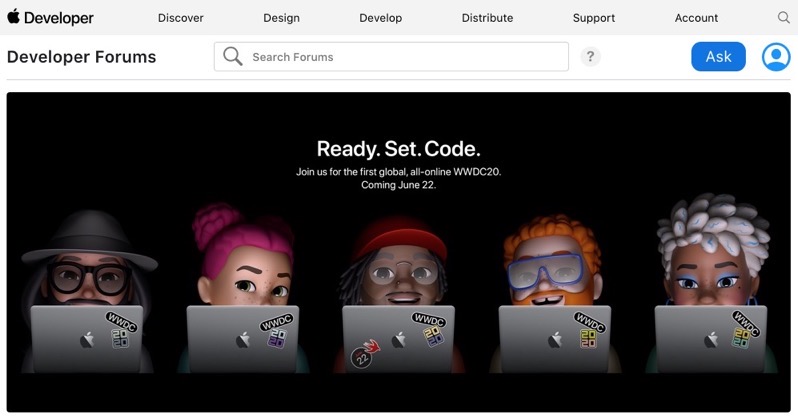 Last week, Apple shared the schedule for its annual Worldwide Developer Conference (WWDC), set to kick off on Monday, June 22, 2020.

Apple is set to stream its WWDC20 special event keynote on June 22 at 10AM PT/1PM ET, where we will learn about the next versions of its mobile and desktop operating systems.

Apple at the time also announced “all-new” Apple Developer Forums would be launching on June 18, and they did indeed debut yesterday, as promised.

The new forums have a cleaner design that’s easier on the eyes, making it simpler and faster for developers to ask questions and find answers. The forums show ‘Top Tags’ and ‘Top Users’ on the sidebar. 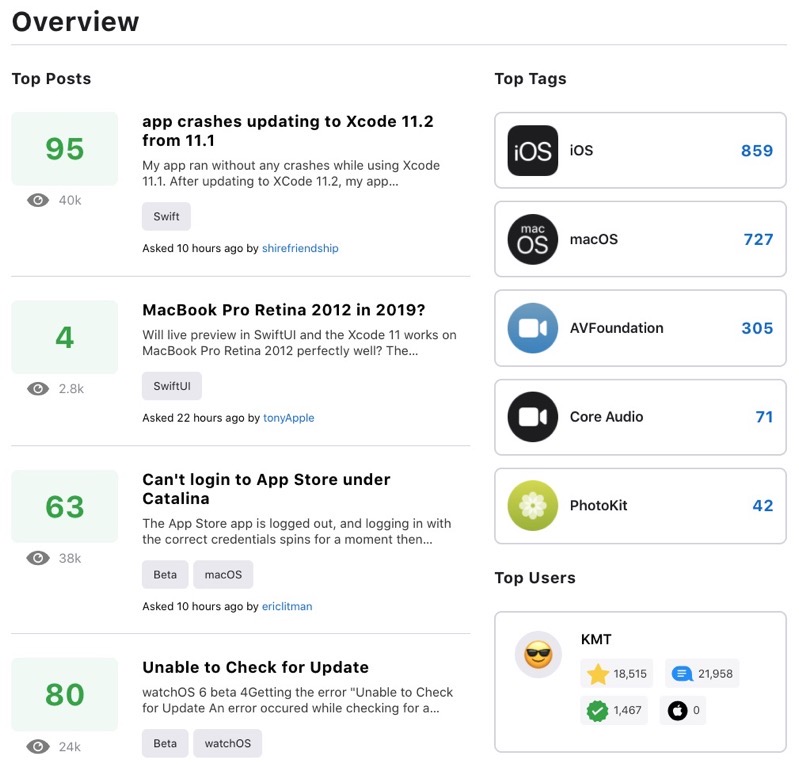 “The all-new Apple Developer Forums will connect the developer community with more than 1,000 Apple engineers to answer questions and engage in technical discussions,” explained Apple.

“Starting the first day of WWDC, anyone can search and view the forum discussions to follow along, and Apple Developer Program members will be able to post their own questions and learn directly from Apple experts,” said the company.

Apple’s WWDC20 will kick off on Monday, June 22. Stay tuned here for all the coverage happening from the keynote.