The U.S. Patent and Trademark Office has today published a new Apple patent application which suggests that an innovative flexible ‘headphone connector’ is being developed by the Cupertino company that would prevent its accidental breakage, according to AppleInsider. The filing details a headphone plug that incorporates flexible or thermoplastic elastomers that will give if a user accidentally bends the plastic shell. 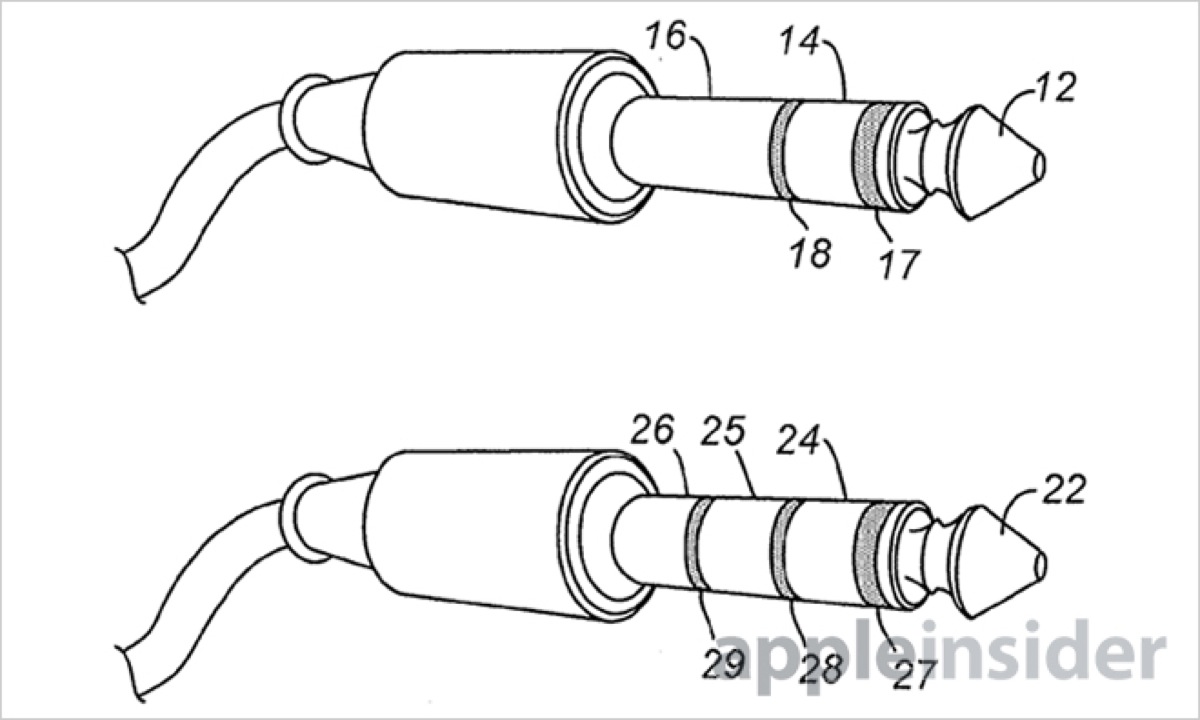 Apple’s filing titled the “Flexible TRS connector” outlines how usage of flexible or elastic materials in a headphone connector would allow it to withstand moderate bending, that would otherwise break existing connectors. Apple’s proposed materials can replace the dielectric insulation found in regular 3.5mm headphone connectors along their shaft or, in some embodiments, the internal member which runs through the entire sleeve can be made from an elastomer coated in conductive layer.

“With the elastomer parts in place, the plug can withstand substantial bending when under strain and return to its normal state when strain is removed. In some cases, a combination of sleeve, inner conductive member, or shell is flexible, while other parts remain rigid.

Finally, in some embodiments, flexibility varies across the connector’s length, allowing for more strain tolerance in areas prone to breakage, such as the tip or base of the plug.”

The flexible connector patent application was filed by Apple earlier this year.