Apple introduced a new software development kit (SDK) called HomeKit earlier this month at the WWDC 2014, which would allow users to pair their Apple devices with locks, lights, cameras, doors, thermostats, plugs and switches, to control individual devices or group devices into scenes using Siri. Today, a new report by 9to5Mac is claiming that the Cupertino giant has assembled a team dedicated to work on mainstream hardware products for the home. 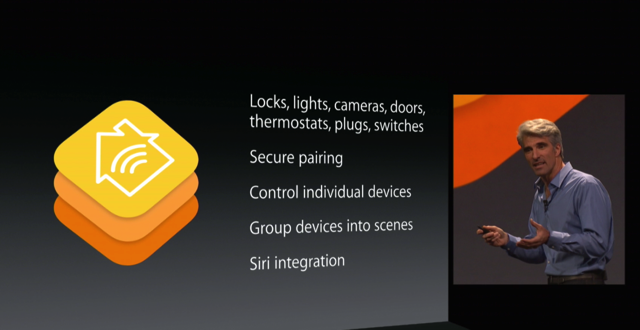 Dubbed by the source as Smart Home hardware, it is not yet known what category of home devices Apple is currently developing. The source however notes that the development of these home products “could be paused at anytime”, though the company is said to be beyond the exploratory phase of development. Any timeline on Apple rolling out hardware to integrate with HomeKit has also not been revealed.

“The sources say that Apple is unlikely to move forward with devices to compete directly with Google’s Nest as the Cupertino-company feels it can build products that can gain usage wider than that of thermostats and smoke detectors. It is likely that Apple is building advanced speaker systems or control panels for homes, the sources say. It is possible that Apple’s recent acquisition of Beats Electronics and the audio company’s existing speaker systems play into this vision.”

The report also claims that Apple sees the home automation to be an incredibly important market and that upcoming hardware will see mainstream usage.

Black Friday is upon us and that signals December is just around the corner. Bell Media today released its list of new shows and movies coming to its streaming service Crave for December 2022. Coming highlights include the second season of Gossip Girl on HBO Max and the docuseries premiere of Branson on HBO. Letterkenny […]
Gary Ng
1 hour ago