Samsung has made notable improvements in device adoption levels in enterprise, but it is still behind Apple in terms of mobile security, according to the latest report from Tech Pro.

Turns out, 67% of the surveyed decision-makers were using Apple devices, while Samsung was the choice of 62%. Considering the above, we could conclude that Samsung has scored important wins in bringing Knox and its other technologies to position Android as enterprise friendly.

As noted by ZDNet, the security of messaging is a critical component for device makers, as mobile devices are seen as less secure than non-mobile tools, at least by 61% of tech leaders. However, there is a catch: Enterprises may weigh security against costs, which means trade-offs:

Fifty-one percent of survey respondents rated the iPhone as very good or excellent in security. Samsung is a distant second in respondents’ minds, with only 30 percent of respondents rating Samsung smartphone security as very good or excellent. The fact that Samsung is approaching Apple’s penetration levels in organizations suggests that cost may be weighed against security, with organizations being willing to trade off a little security for a better price point.

For example, in the chart inserted below, it becomes obvious that BlackBerry is still considered as the most secure smartphone (15% of respondents rating it as “Excellent”), followed closely by Apple with 14%. Samsung ranks third with a distant 6% giving an “Excellent” rating. 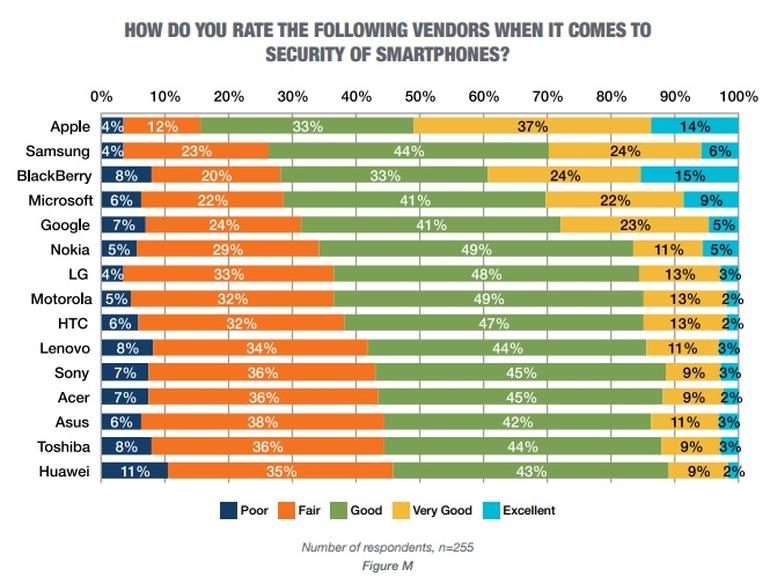 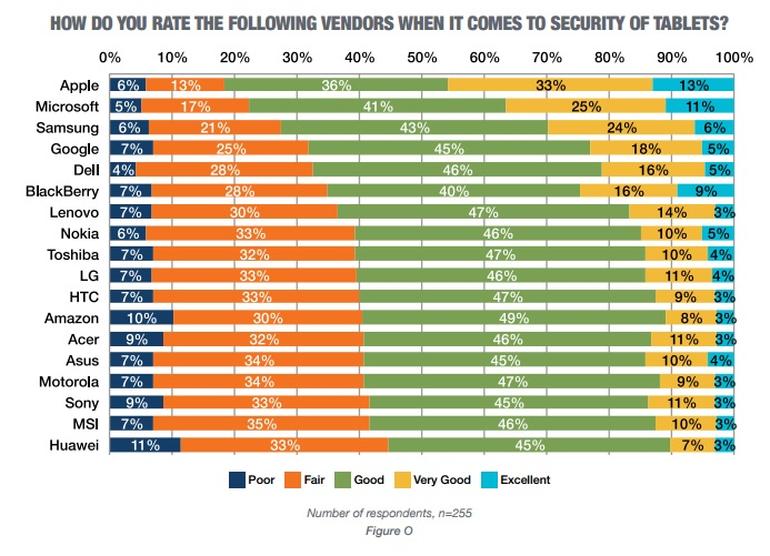