The Apple TV 3 is no longer available from Apple’s online store, as the company has quietly discontinued the product. According to an email sent to education partners, reports 9to5Mac, the third-gen Apple TV has “reached end of life”:

Previously, the ‘Buy Apple TV’ page, once scrolled down, would compare both the third-gen and latest fourth-gen models. However, that comparison is no longer listed. 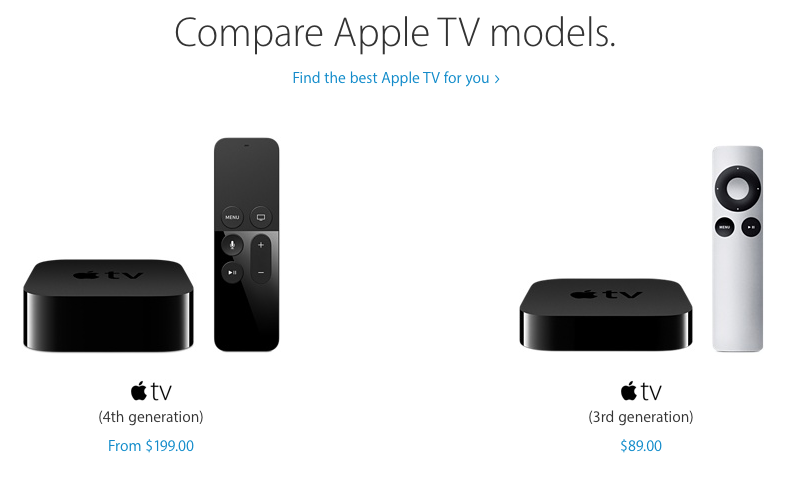 Don’t be sad just yet though, as Apple’s online refurbished store still has the Apple TV 3 available, for $79. These are literally good as new, except they don’t come with the shiny retail packaging.

Is the latest Apple TV worth it, over the third-generation? We’ve been using the 4th-gen since launch, and it’s been fantastic. Having access to tvOS apps changes the game, plus the remote with touchpad (and Siri) makes navigation much easier.