Apple has quietly increased its cellular network cap for App Store downloads to 100MB, double of the previous 50MB limit, as noted by a MacRumors reader. Normally, for apps over 50MB, were prompted with a notification to connect to Wi-Fi in order to continue the download. That has all changed. 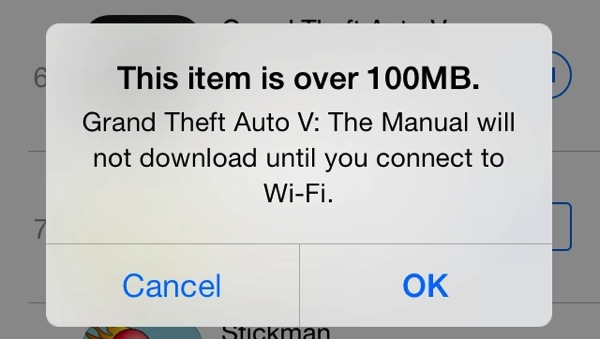 It was last March Apple raised the network download limit to 50MB, up from the previous 20MB limit introduced in February 2010 (prior to that, it was 10MB).

Want to save your precious data plan? Turn off the use of cellular data for automatic downloads: