Just now, Apple has pushed yet another iTunes update to the developers community. iTunes 10.5 beta 9 is now live and available for download via Apple developer’s portal. The update re-enables some iTunes Match functionalities that have gone missing after the iCloud music library as reported by some developers and beta testers. iTunes Match is still in early beta and will be launched to public this Fall alongside iCloud, and it will be compatible with Mac OS X and iOS 5 devices.

iTunes 10.5 beta 9 includes several performance enhancements and bug fixes, and is a required update for all subscribers to iTunes Match beta. 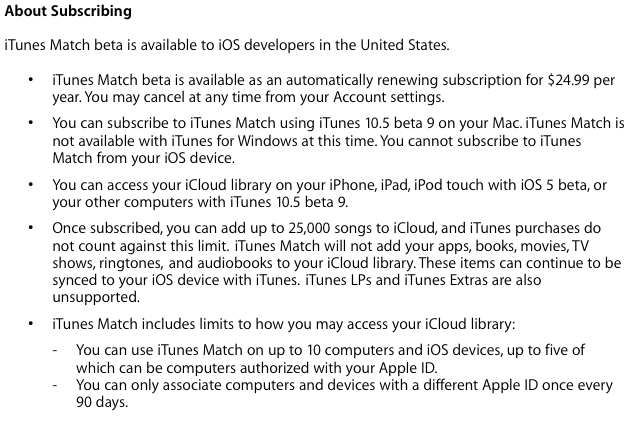 So now we’ve got two back to back iTunes beta releases and an iTunes Match reset in the last two weeks. Does this mean Apple might be seeding iOS 5 GM in the next couple of days? Previously, the 8th beta of iOS 5 has been rumored before a GM release but the expected dates have already passed away for beta 8 suggesting an imminent iOS 5 GM announcement.