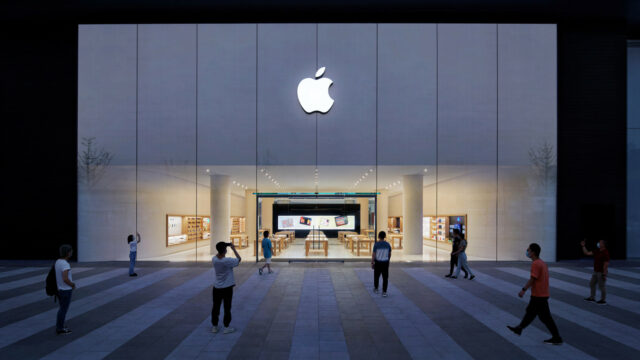 An Apple employee is facing possible termination after posting a TikTok video that has since gone viral. Paris Campbell, who has worked at Apple for six years, posted a TikTok offering some advice to another user who lost their iPhone at Coachella. Campell now allegedly faces termination for identifying herself as an Apple employee, discussing the company, and breaking policies.

Last week, Campell posted a video in response to another user. Another TikTok user lost their iPhone at the music festival and began receiving threatening text messages regarding their personal information being sold to the black market. Thus, Campell came to their aid. Working as an Apple Store repair technician, Campell created a response video, as seen by MacRumors.

“I can’t tell you exactly how I know this information, but I can tell you that for the last six years, I’ve been a certified hardware engineer for a certain company that likes to talk about fruit,” Campbell says in her video. Advising the other user to not listen to the thieves, Campell continues, “Your phone is actually useless to them, and you’re the only person that can save them, and I suggest that you don’t.”

#stitch with @Stella this is so out of my content niche

♬ Love You So – The King Khan & BBQ Show

Since posting the video last week, it’s received over 7 million views, 1.2 million likes, and 13,2000 shares. However, Campell later received a phone call from her manager. Apparently, on Friday of last week, Campell was urged to remove the video or risk facing disciplinary action “up to and including termination.” Campell supposedly asked what would happen if she kept the video on TikTok. The manager rescinded the comment pertaining to termination and that he would let her know.

Apple’s employee policy does not restrict employees from publically identifying themselves as so. However, the company understandably enforces employees to maintain a good image if discussing Apple online. In a follow-up video, Campell discusses her call with her manager as well as the internal policies.

“If you ask me, reinforcing the public’s confidence in Apple’s security is not something that makes the company look bad, especially when it reaches 5 million people,” Campbell says. “If we want to get technical, I’ve never actually identified myself as an Apple employee until this video,” she continues in the video.

Campell has since not posted a conclusion to this ordeal. There’s a possibility that since she never outright broke company policies that there will be no negative backlash. Apple has since not provided a statement regarding the situation.