A recent survey conducted by anonymous workplace chat platform ‘Blind’ has revealed that Apple employees have the highest confidence in customer data protection. The survey asked tech employees about customer data being a top priority at their company, with response options being ‘Strongly Agree’, ‘Agree’, ‘Disagree’ and ‘Strongly Disagree’. 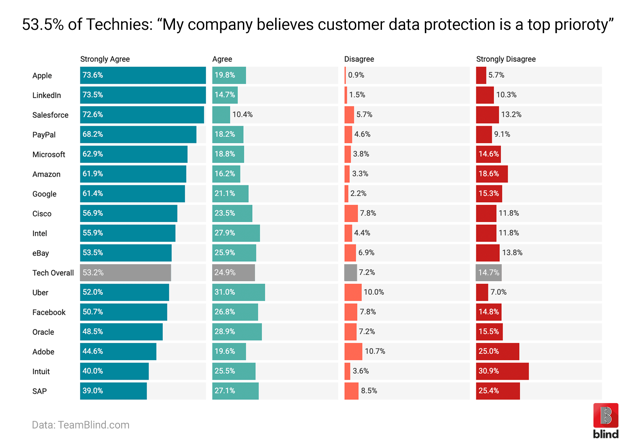 According to Blind, 77.46 percent of Facebook employees responded with “Strongly Agree” or “Agree”, with lower confidence in data privacy than the tech average, while Intuit (65.45 percent) and SAP (66.1 percent) came close to ranking last.