As Apple prepares to incorporate the Beats team and products under its umbrella, new information from two Apple sources reveals how some “arrogant” executives paved the way to company’s acquisition of Beats (via BuzzFeed). Past and current employees in the company with direct knowledge of iTunes said that “the iTunes team was plagued by shortsighted management who ignored competitors while engineers used other streaming products rather than Apple’s”. 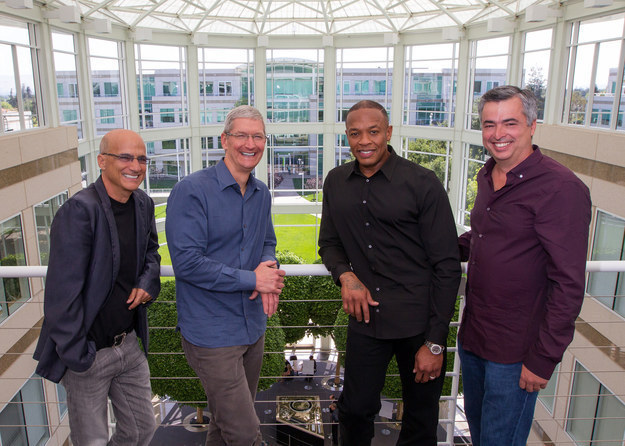 Apple employees confirmed that management actively ignored iTunes’ streaming competitors, with some managers refusing to open or use Spotify. According to one source, as recently “as last year,” some members of management didn’t even know that Spotify was an on-demand streaming service, assuming it was just a radio service. “They didn’t understand how Spotify worked, which is why they thought iTunes Radio would be a Spotify killer”, revealed the source.

“The management in particular were pretty much tone-deaf in what Spotify was and that’s why they’re panicking now,” the source said. Other managers referred to Pandora as a nonthreatening “dead company” because of its lack of revenue. Recommendations have been a problem for Apple and iTunes. According to a source familiar with the development of iTunes Radio, Apple thought it could use a consumer’s iTunes purchase history to determine what they’d want to listen to on iTunes Radio.

The folks over at YouTube channel TechRax decided to blend Apple’s latest flagship iPhone 14 Pro in a durability experiment and see what happens. Earlier this week, the same folks tried to give the iPhone 14 Pro a facelift by sawing off the rear camera bump. The camera island on the back of this year’s iPhone 14...
Usman Qureshi
13 mins ago

Amazon has just offered a sneak peek at all of the games Prime Gaming subscribers will be able to access for free starting Saturday, October 1st. Prime Gaming is Amazon Prime's home for gamers. Benefits include in-game loot, free games every month, a free monthly channel subscription on Twitch, as well as all the benefits...
Usman Qureshi
23 mins ago

Apple CEO Tim Cook on Thursday accepted an honorary Degree in Innovation and International Management from the Università Degli Studi di Napoli Federico II in Naples, Italy. Cook is currently on a tour of Europe. "It's an honour to be recognized by an institution with such a distinguished history, one that has nurtured Italy's brightest young...
Nehal Malik
48 mins ago