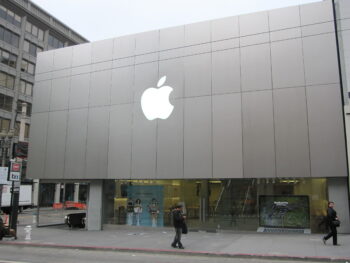 The highly anticipated U.S Presidential Election will be held this year on Tuesday, November 3. Apple announced yesterday that they would be encouraging employees to vote in an internal memo.

As reported by Bloomberg, Apple workers will be given paid leave of up to four hours for the U.S Elections. Those wanting to volunteer at the local polling stations will also be given this benefit.

“For retail team members and hourly workers across the company, if you’re scheduled to work this Election Day, we’ll be providing up to four hours of paid time off if you need it to get to the polls. If they choose, our teams can also use this time to volunteer as an election worker at one of your local polling stations.”

While Apple hasn’t gone into much detail, it seems that other large corporations (like Uber) are also giving employees paid time off to vote. Up to 400 companies are participating in ‘Time to Vote’, for motivating people to vote on Election Day during working hours, which will see voters decide between Donald Trump and former Vice President Joe Biden.