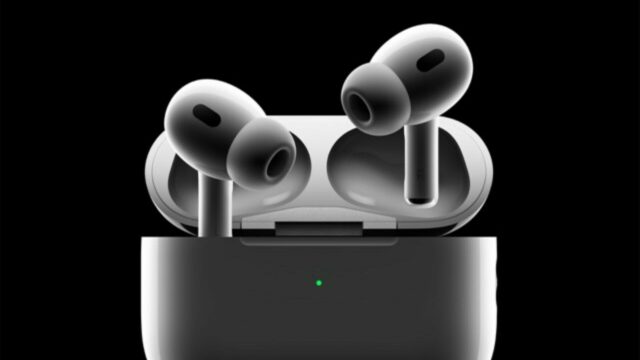 In a recent interview, Apple engineer Esge Andersen discussed how the company achieved improved sound quality regarding the AirPods Pro 2. Much of the improvements came without the integration of lossless audio and it is all thanks to improved airflow instead.

Speaking with What Hi-Fi?, Andersen pulled back the curtain about the improvements to audio quality with the latest AirPods Pro 2. One of the notable omissions from the upgraded earbuds was the lack of lossless audio.  However, Andersen notes that the company still wanted to aim on producing “an AirPods Max in their pocket.”

To achieve this, Apple redesigned the ventilation of the AirPods Pro 2 to maximize airflow to the audio drivers. Aside from this change, the design of the AirPods Pro 2 is nearly identical to its predecessor. To emphasize the importance and impact airflow has on the audio quality, Andersen explains that the major differences aside from repositioned vents are the microphone positioning.

When we talk about good sound, it’s all about how we move the air in the product – which is kind of weird because it’s not talking about the enclosure or how it looks – but it’s about ensuring that we also design for airflow,” Andersen states.

Lossless audio is widely considered the new kid on the block for audio improvements. Many consumers look for devices that can support this audio compression technique, which helps preserves original data and thus audio quality. Though with that said, AirPods Pro 2 does integrate and support clearer audio. Users have also praised the wireless buds for their deeper bass and volume level tuning.

While Apple does support lossless audio as part of Apple Music, its offerings of headphones and earbuds still lack the ability to provide support. Currently, Apple still utilizes AAC codec over Bluetooth. Apple may have to develop its own alternative in the future if it hopes to bring lossless audio support to its first-party audio devices.