Update: The image has been pulled from Flickr. Screenshot saved by CNET here.

It appears the first iPhone 5 test photo has hit the web, according to PocketNow. The image below shows a plate of sushi, and according to its EXIF data it reveals it was not taken by an iPhone 4, but rather an 8MP camera from the iPhone 5: 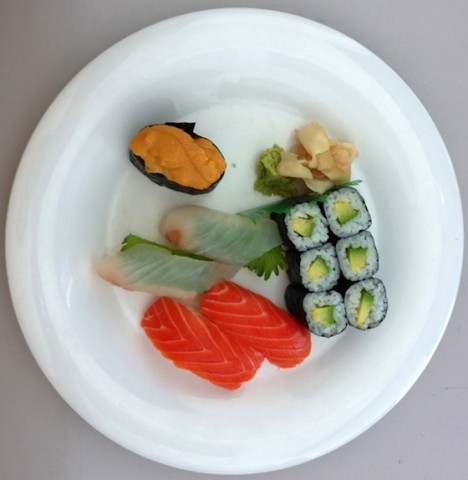 MacRumors points the original photo’s location over at Flickr, taken by Apple Software Engineer Anton D’Auria. His Quora page notes he works on iOS Safari, WebKit, and formerly worked on webOS at Palm.

As for his tasty lunch caption?

If the purported image was indeed taken by an iPhone 5, I hope that wasn’t his last meal.