Apple has updated their Apple Events app on Apple TV, making it ready for next week’s special event, where the company is expected to announce its new iPhone line up for the fall.

The app’s logo now reflects the special event logo, first seen from their invites to the press and now widely seen on Apple.ca, informing customers how to view the keynote when it goes live on September 12 at 10AM PDT/1PM EDT. 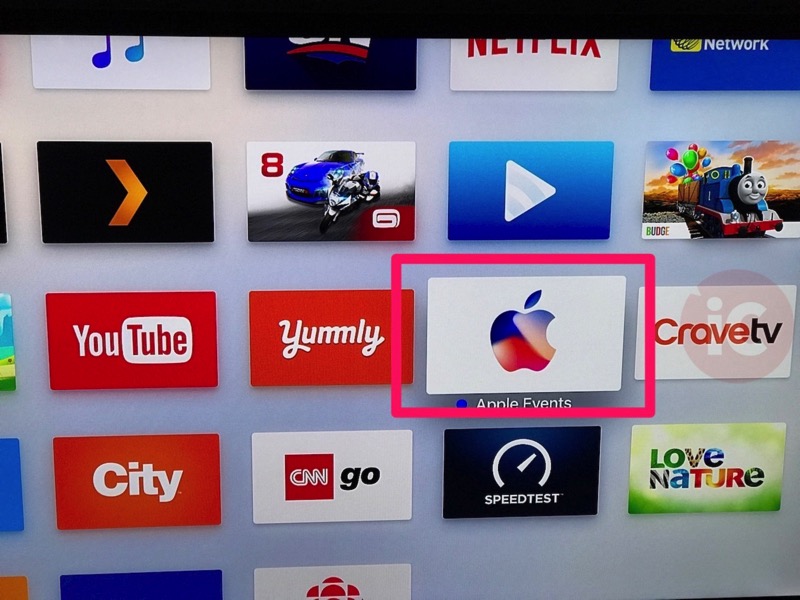 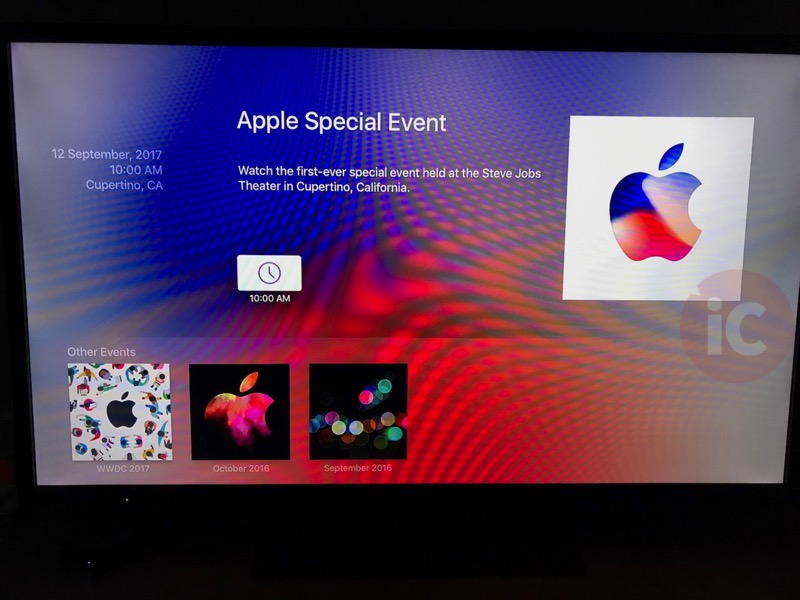 Here are the requirements for next week’s event live stream:

Apple is expected to announce new iPhone 7s and iPhone 7s Plus models, along with an all-new ‘iPhone 8’. Other announcements rumoured include the debut of a cellular Apple Watch, and 4K Apple TV.