Last week, Duncan Sinfield’s monthly drone video of the Apple Campus 2 construction site gave us a glimpse of how quickly the buildings are being constructed. Today, Apple has shared some exclusive details and photos of its amazing ‘spaceship’ campus with Mashable, including photos of the theater that Apple will use for its product launches in future. As of now, installation of the massive curved glass panels that surround the Main Building’s spaceship-like design, is 33% complete. 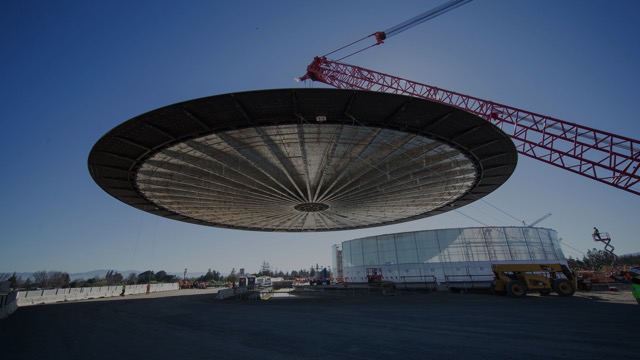 Apple notes that it had to use custom-made machines called “manipulators” to handle the lifting and placing of nearly 900 curved glass panels, some of which are 46 feet long and 10.5 feet wide. The company is currently working with design firms, material suppliers and other vendors across 19 countries on the project. Apple has also shared details and photographs of the 120,000-square-foot ‘Theatre’, which is a subterranean auditorium with a capacity of 1,000 seats.

Designed by U.K.-based architect firm Foster+Partner, the cylinder-shaped lobby can be seen at ground level and doesn’t have any columns. Instead, the space is open, encased by glass and will have stairs down to the event hall.

But perhaps the most stunning addition is its roof, which Apple believes is the largest freestanding carbon-fiber roof ever made. Created by Dubai-based Premier Composite Technologies, it’s a massive statement piece, in addition to a design feat. It was assembled and tested in a Dubai desert before being shipped in pieces to Cupertino, California. It weighs 80 tons.

Check out the photos below and tell us what you think. 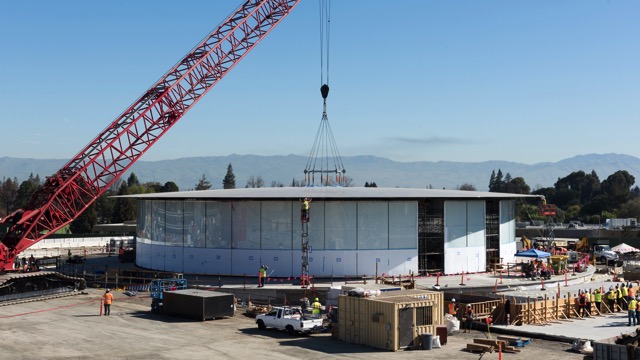 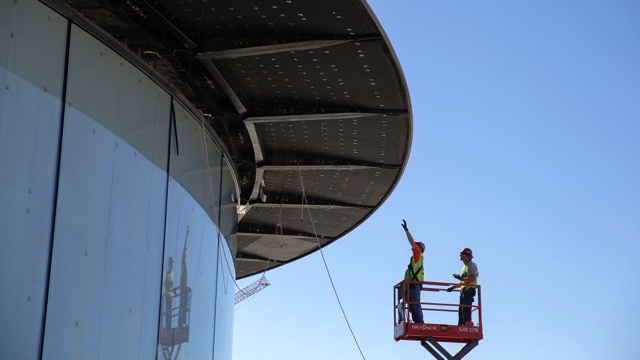 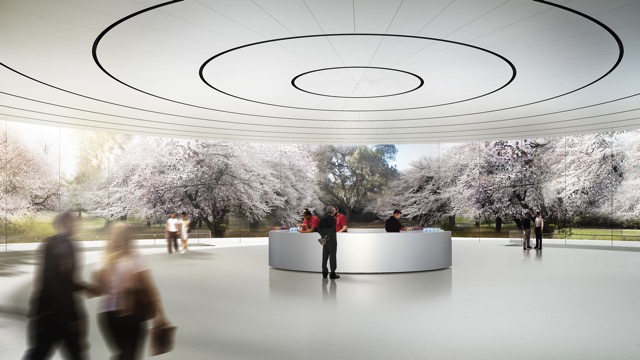