Jean-Louise Gassée, former president of Apple’s product division, has written an open letter to Apple CEO Tim Cook out of frustration with the selection of App Store apps, suggesting ways in which the Cupertino giant can improve its crowded App Store. “With one million titles and no human guides, the Apple App Store has become incomprehensible for mere mortals”, he says, adding that Apple needs App Store curation by humans instead of algorithms. 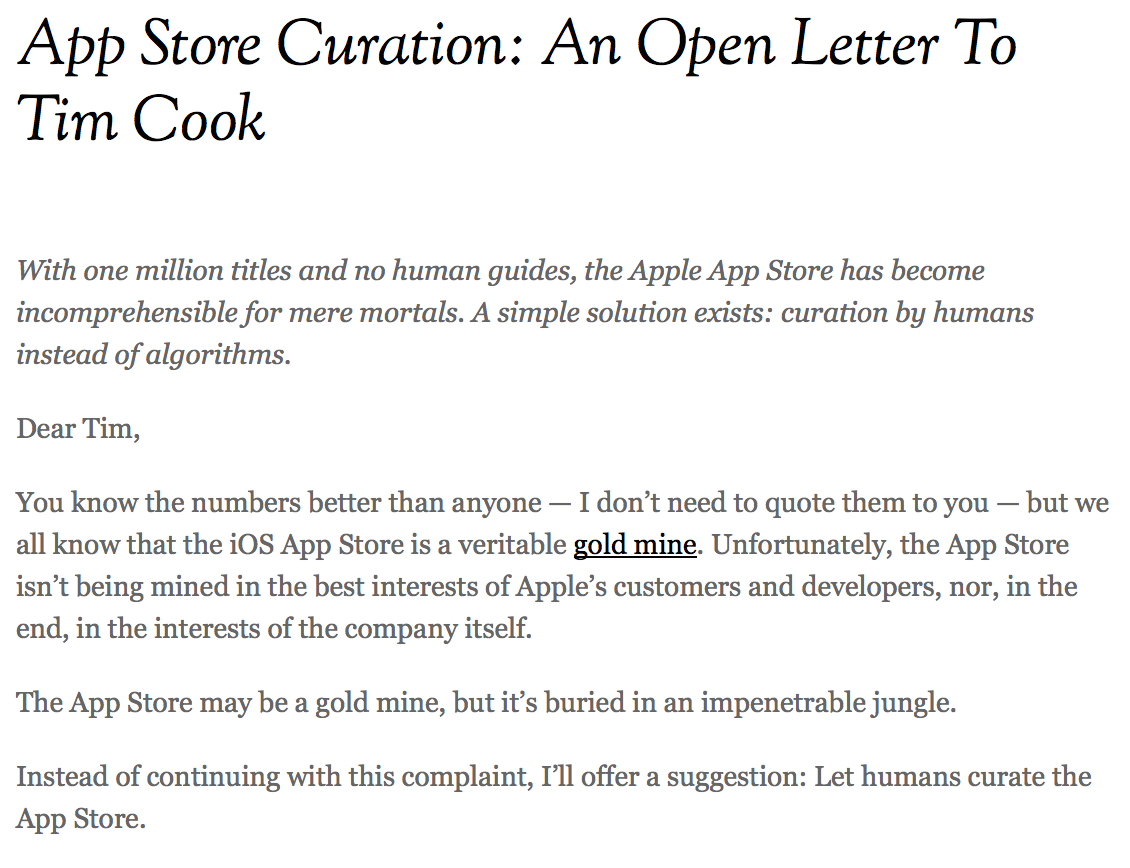 Calling the App Store an “impenetrable jungle”, the former Apple executive has criticised the firm for curating apps using algorithms, and instead believes they should be handpicked by a small group of technology writers. Gassée claims that getting humans to choose which apps make it onto the store will make the site more ‘intelligible’, and make iOS users happier. Interestingly, Gassée says that he made a similar offer to Cook a couple of years ago as well.

“Instead of using algorithms to sort and promote the apps that you permit on your shelves, why not assign a small group of adepts to create and shepherd an App Store Guide, with sections such as Productivity, Photography, Education, and so on. Within each section, this team of respected but unnamed (and so “ungiftable”) critics will review the best-in-class apps. Moreover, they’ll offer seasoned opinions on must-have features, UI aesthetics, and tips and tricks.”

Hit up the source link to read the letter in full.