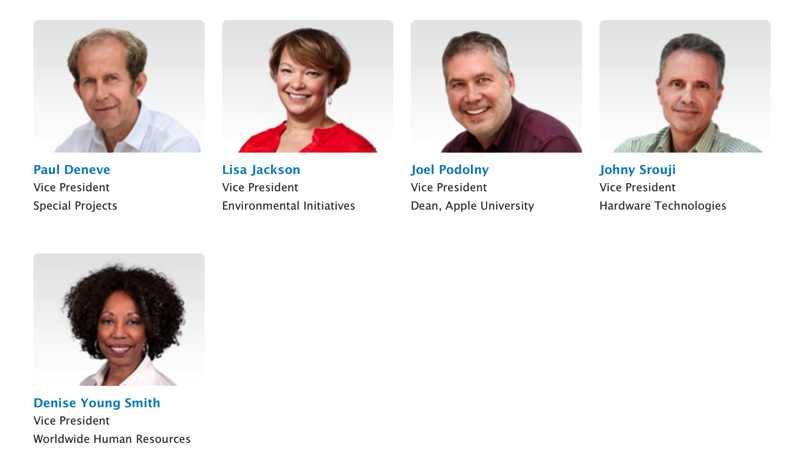 It must be noted that each of the newly listed positions have been recently added to Apple. For instance, Deneve joined Apple from Yves Saint Laurent last year, Lisa Jackson came from EPA, Joel Podolny joined Apple University earlier this year and Young Smith was promoted to head of HR earlier this year as well. While, all these Apple Vice Presidents have been reporting to CEO Tim Cook for past many months, Apple has now finally decided to publicly highlight these key members.

To read full bios of each of the new additions, hit up the following links: