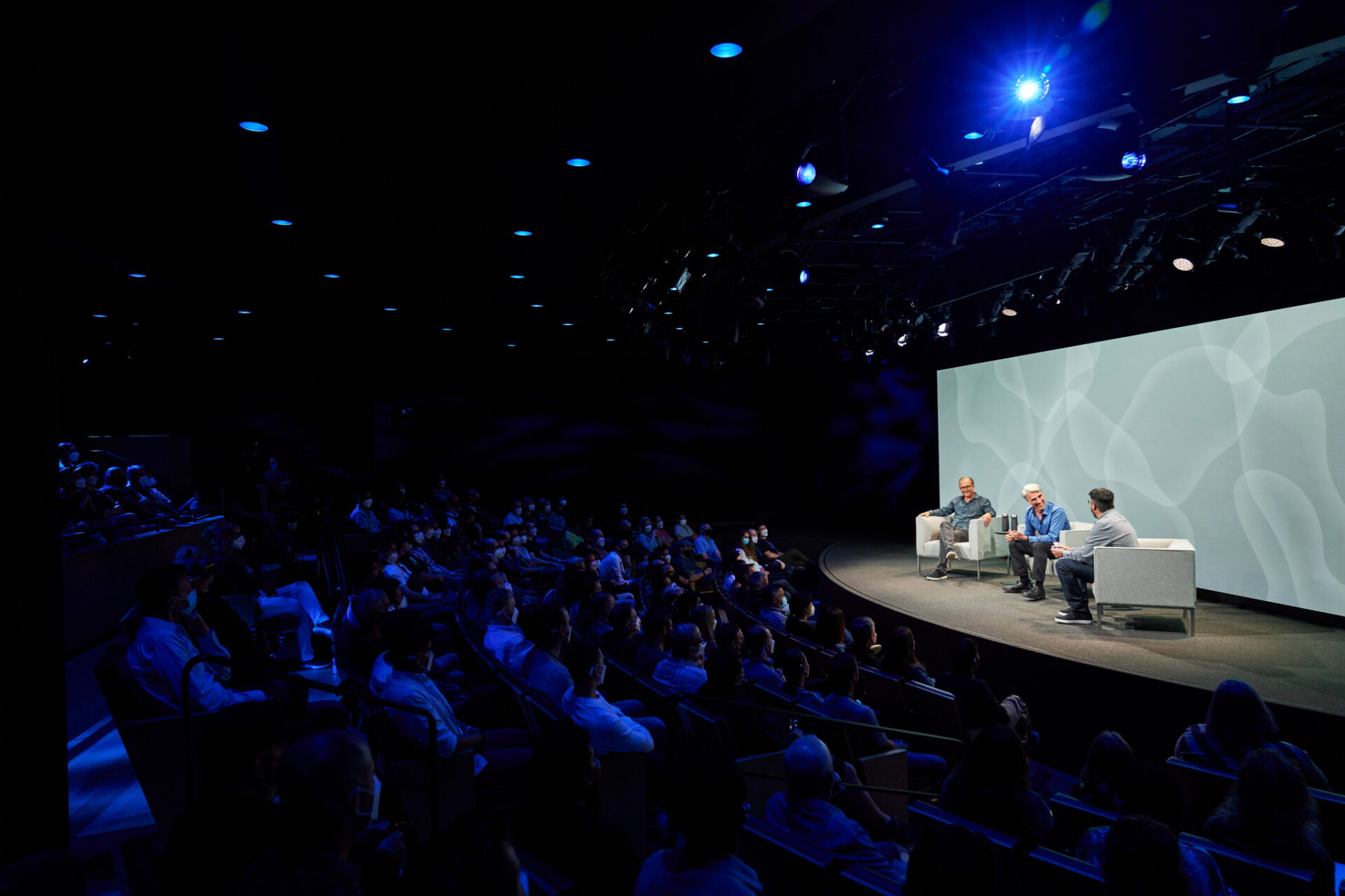 The podcast runs annually during WWDC, hosted by The Daring Fireball’s John Gruber. The talk was held at Apple Park to discuss everything the tech giant announced at this year’s Worldwide Developers Conference (WWDC) and more.

The three spent a considerable amount of time talking about how Apple’s platforms are melding into each other, with features from one product bleeding into others to provide a reliably consistent and similar experience across devices.

With Stage Manager coming to the iPad, for example, Apple’s tablets have never been as similar to its Macs. “So much of what we’re doing at this point is to the benefit of all the platforms,” Federighi noted.

Check out the full interview below:

Apart from Apple unveiling its M2 chip and two new MacBooks during the keynote, the highlights of WWDC have been all of the features and changes the company announced for the next iterations of its operating systems.

iOS 16, in particular, gets a redesigned lock screen with widgets and unprecedented personalization. “It went over so well,” Joswiak said about the new iOS 16 lock screen.

The new widgets are designed to provide users with the information they need right there on the lock screen, so they don’t even have to unlock the phone and risk getting pulled into distractions. “We’re really trying to make sure that people have, you know, a healthy relationship with their devices,” said Federighi.

The two execs went on to explain why System Preferences in macOS turned into Settings, along with Apple’s thinking behind Stage Manager. Federighi said the Stage Manager simplifies window management and multitasking on the Mac.

He added that the origins of the idea can be traced back to the single-window mode in one of the earliest macOS X betas, and the feature has been somewhat of a passion project for the team since then. “There is a group of us for which it is our favourite new way of working on the Mac,” he said.

Apple silicon is part of the reason why the Mac has “never been done better” than it is today, Joswiak said.

When asked about the leaps Apple is making in gaming on the Mac, Federighi said the company’s in-house silicon also “changes the whole landscape if you’re a game developer.” The Apple exec believes this is “the time” for the Mac to become a viable gaming machine.

In addition, Apple announced the next generation of CarPlay at WWDC. The two execs said the CarPlay update is designed to provide a “homogenous” experience across all of the screens in today’s cars, including the gauge cluster.

Apple also highlighted an episode of developer Paul Hudson’s Hacking with Swift that was recorded at the company’s new Developer Center in Cupertino, California, and can be watched below:

Both Federighi and Joswiak slyly sidestepped Gruber’s question about whether CarPlay’s evolution has anything to do with the long-rumoured Apple Car.