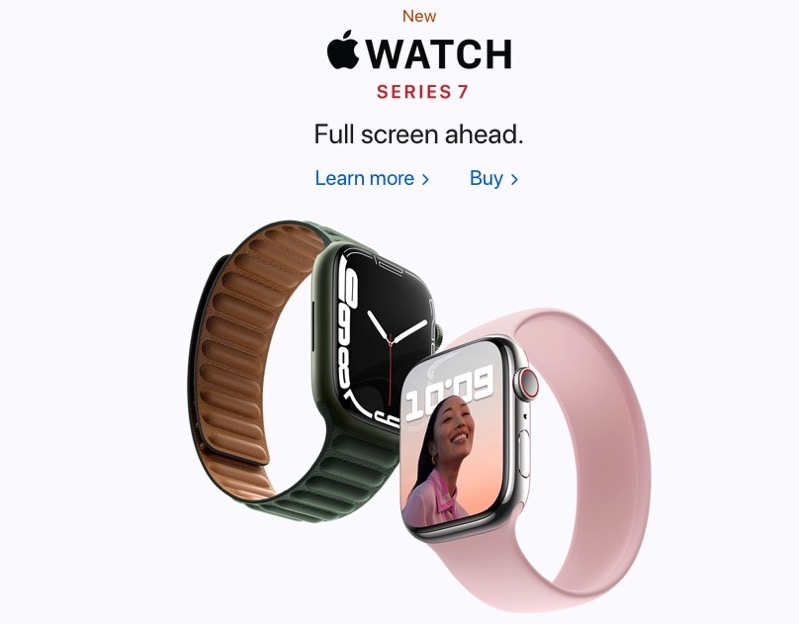 The Apple Watch Series 7 is available in 41mm and 45mm dial case sizes, up from 40mm and 44mm respectively on the previous generation. Not only are the dial case sizes slightly bigger, but the Apple Watch 7’s OLED screen also has thinner bezels, further increasing screen real estate.

Alan Dye, Vice President of Interface Design at Apple, and Stan Ng, the iPhone maker’s Vice President of Product Marketing, recently sat down with CNet to explain how both Apple and its customers have benefited from the larger display, and how accessibility was the main driving force behind Apple’s decision to spring for a bigger screen.

“We had the opportunity to allow users to increase the point size [for text] even larger than we’ve allowed for in the past. That was very much motivated by the new display,”, said Dye, noting that the new Apple Watch will be “far more useful and accessible to a lot of users who just need the larger point size.”

UI elements and buttons on the Apple Watch 7 are also bigger and better-placed than they’ve ever been before.

The Apple Watch 7’s slightly curved display edges go hand-in-hand with the larger display, and even go as far as to create an effect that mimics looking into the crystal of a wristwatch — an effect the two execs said was a design idea.

“This refractive edge creates this very subtle wraparound effect. And it makes the screen appear to bend downward, right toward the watch housing,” said Ng.

“Really, it’s an optical effect, it’s due to the way the light from the OLED refracts at the edges of the front crystal. We redesigned that crystal to be more of a dome shape, which also contributed to the thicker crystal and the greater durability. So it was kind of a twofer for both.”

Finally, Dye and Ng talked about how the larger display meant Apple could introduce better, more information-rich complications to the Apple Watch, and how the company could design watch faces to take maximum advantage of the curved crystal over the display.

“We know that having these large complications is really compelling because they provide the most rich data at a glance,” said Dye.

The two execs affirmed that Apple’s design philosophy for the Apple Watch remains the same moving forward. Apple doesn’t plan on changing the Apple Watch’s core functionality as the product evolves — only making it better and more accessible.

“The power of Apple Watch is in those hundreds of glances a day that might give you information that you need right at that moment.” Ng said he sees the larger screen mainly as a means to help users “consume that information faster and easier.”

Apple Watch Series 7 is currently available to order at Apple.ca, starting from $529 CAD — get yours today.