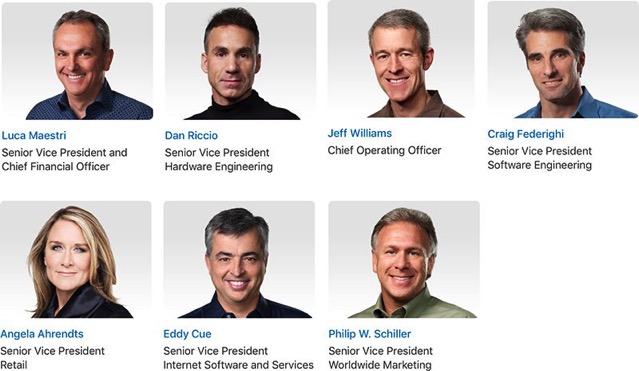 Apple has issued some major stock awards to seven of its top executives this week, after restricted stock units or RSUs awarded in 2014 and 2015 vested (via MacRumors). The company routinely issues RSUs to its executives as bonus compensation, with the restricted units vesting after a set period of time as long as the employee stays with Apple.

The report notes that Apple has withheld a portion of each award in order to satisfy tax withholding requirements on vesting of RSUs.