The invention, entitled “Biometric capture for unauthorized user identification”, details a simple and not quite legal method of collecting biometric data of the potential thief using the iPhone’s or iPad’s built-in fingerprint module, as well as taking pictures of that person using the camera module. 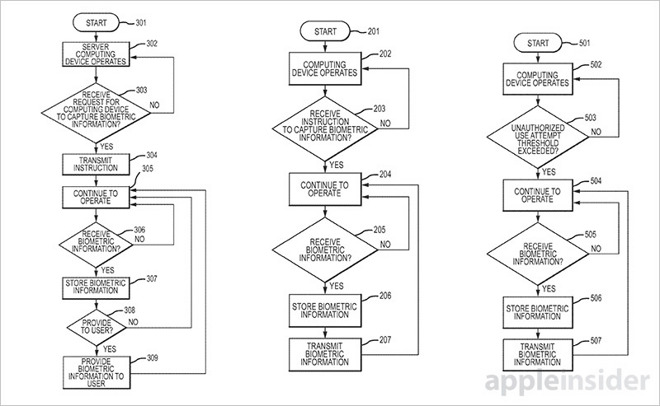 The method the patent describes it pretty simple: using machine learning and other data that could trigger the “service” such as device location, speed and much more, the iPhone (for example) could collect the fingerprint of an unauthorized user. The invention also takes into consideration situations such as a child taking the handset and try to access it, which — as I have experienced myself — leads to multiple invalid attempts over a short period of time.

The problematic part seems to be with offloading the biometric data to a server. Apple says sending the data to an online database containing information of known users could be a solution. That means the biometric information leaves the handset, which at this point contradicts Apple’s previous statements of storing that personal information locally. That may change, however, and this patent shows the potential to move toward this direction.

Apple’s patent application was filed in April and credits Byron B. Han, Craig A. Marciniak and John A. Wright as its inventors.