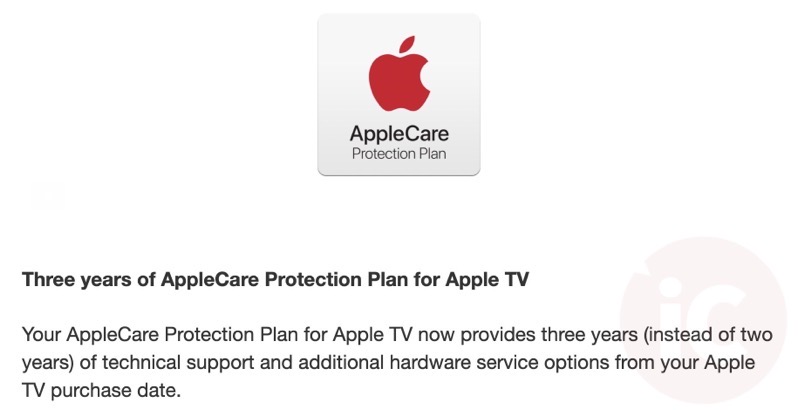 Apple started emailing Apple TV customers this week with the company’s AppleCare Protection Plan, noting it had increased coverage for an extra year at no charge.

Apple says the extra extension is “at no charge to you,” adding customers do not need to take any action, in the email dated May 4, 2021.

With the recent launch of the refreshed Apple TV 4K with new Siri Remote, Apple debuted AppleCare+ for the first time for its streaming set top box. With AppleCare+, there is the added peace of mind with accidental damage protection incidents included.