According to the online posting, both male and female actors were being sought. Also, the role in the commercial is described asÂ “Happy, Smiling”. The oddity in the posting, however, is that payment is listed in British Pounds.

At this time, it is difficult to say whether this is legitimate or not. It is especially odd that the posting would so blatantly list “iPhone 5”. However, last year a similar ad was found that was also casting for an iPhone commercial. 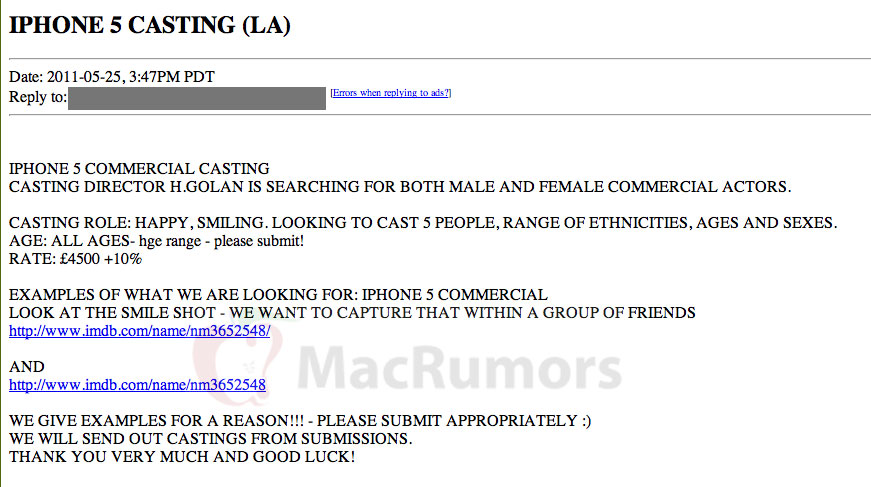