Apple Financial Services Ending for Consumers in Canada on July 26 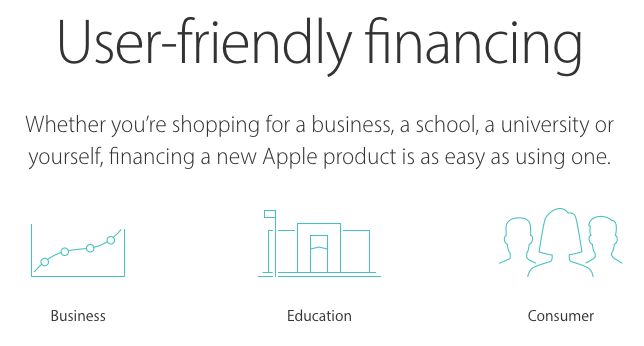 Consumer financing for Apple products in Canada is coming to a close. The program was being offered by Apple to Canadians via TD Financing Services, but back in early May the program started to shut down, notifying customers of the following:

Starting July 26th, 2017, you will no longer be able to use your Apple Financial Services credit cards, issued by TD Financing Services Inc. (TDFS), due to the discontinuation of the program. 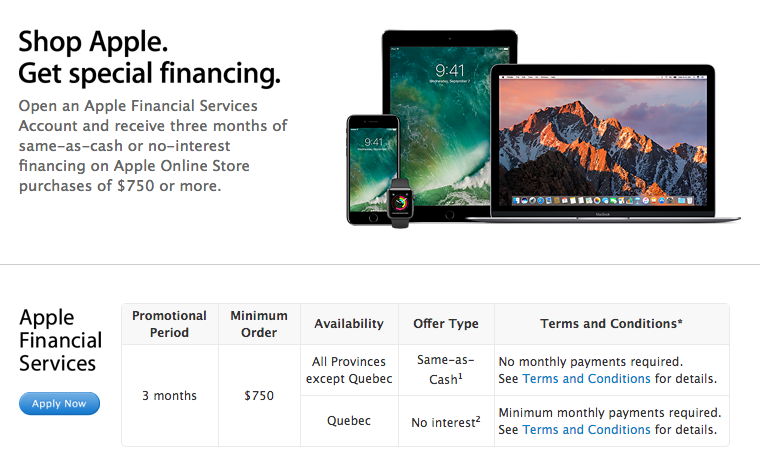 Apple’s program offered the following: “Get same-as-cash or no-interest financing with an Apple Financial Services Account on Apple Online Store purchases.” Customers were able to apply in minutes on the company’s website, and once approved, enter their new credit card details during checkout on Apple.ca.

With the discontinuation of the program, it left some existing customers in limbo. One iPhone in Canada reader John explained when he called Apple to seek help on his account number, he was directed to TD. When he called TD to ask about his Apple financing account, they said to call Apple. Customers have long had difficulty tracking down their account numbers to pay off balances using online banking, instead of mailing in cheques.

Apple launched financing for the Apple Store in Canada back in the summer of 2011, after the program was first made widely available in the USA.