Apple has taken a big vested interest in the success of chip making firm that manufactures some key components for Apple’s most popular products. 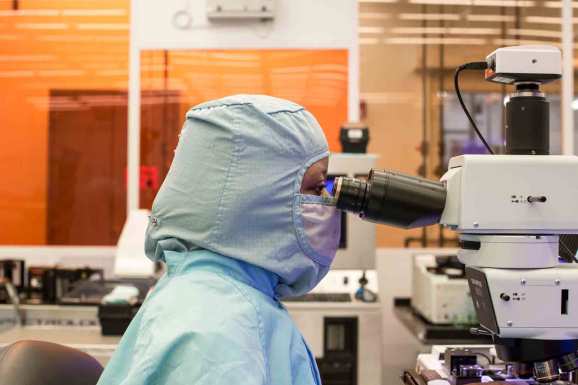 Finisar, a Sunnyvale, California-headquartered optical components company, will receive a $390 million USD grant from Apple to build a new 700,000-square-foot manufacturing plant in Sherman, Texas and to expand its R&D and production of vertical-cavity surface-emitting lasers (VCSELs), which are basically depth- and proximity-sensing chips that are used in Apple products.

According to a new press release from the company, Apple uses VCSELs in Face ID, portrait, and animoji selfie modes in the iPhone X, as well as for proximity sensing in AirPods.

“VCSELs power some of the most sophisticated technology we’ve ever developed and we’re thrilled to partner with Finisar over the next several years to push the boundaries of VCSEL technology and the applications they enable,” Jeff Williams, Apple’s chief operating officer, said in a statement.

As part of the award, Finisar will transform its 700,000-square-foot manufacturing plant “into the high-tech VCSEL capital of the U.S.,” said Apple. The tech giant said the award will also create more than 500 high-skill jobs, including engineers, technicians and maintenance teams.

The grant comes from Apple’s $1 billion Advanced Manufacturing Fund, started to foster innovation and create high-tech jobs for U.S. companies. The first recipient was Corning Incorporated, the makers of Gorilla Glass, used for smartphones by headset makers including LG and Samsung.

Finisar currently produces VCSEL arrays in its Allen facility and believes the addition of the Sherman facility will give it the ability to ship millions of VCSEL arrays. Finisar Chief Executive Officer Jerry S. Rawls said the company expects its new Sherman location to be producing VCSEL arrays by the second half of 2018 and told the Herald Democrat on Tuesday that infrastructure upgrades have already begun at the facility.

Apple needs to continue to invest in manufacturing companies like Finisar that specialize in making TrueDepth camera components if it hopes to continue using the technology in not only the iPhone X, but future iPhones and iPads.